Daniel Ricciardo won his second Grand Prix at Hungary in a sensational race. The race started on a drying track. All F1 cars had intermediate tyres on the start grid.

Lewis Hamilton started out of the pit lane, because of his car was on fire during yesterday qualifying session. He was able to drive one of his strongest races in his career to finish 3rd.

Fernando Alonso was able to drive a lot of laps on his slick tyres to drive on first place until 5 laps before the finish flag, when Ricciardo who was on much fresher tyres, was able to pass him at the end of the main straight. 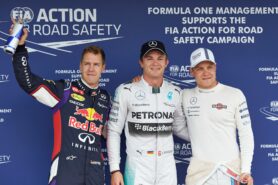 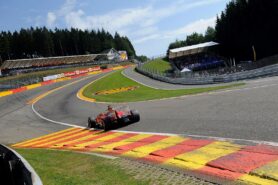