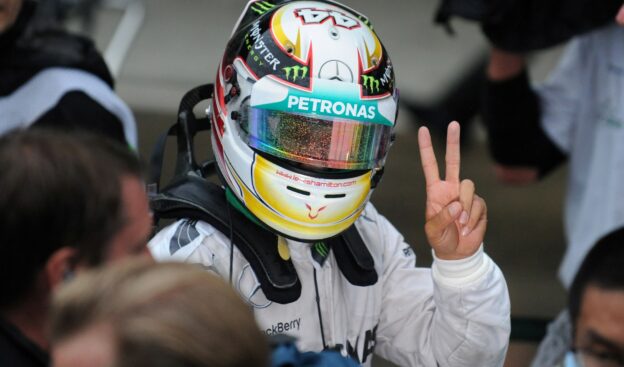 Hamilton did a brave move in lap 30 to pass his team mate Nico Rosberg at the end of the main straight, passing him on the outside of first corner.

the race was finished after 44 laps because of an red flag due to a crash which involved Jules Bianchi who hit the recovery truck that was lifting the crashed Sauber F1 car of Adrian Sutil. Read our 2014 Japanese F1 GP race report. 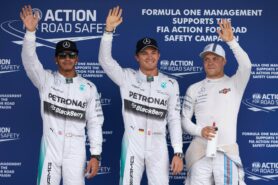 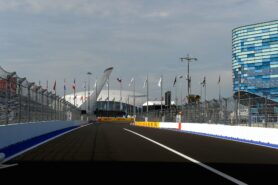