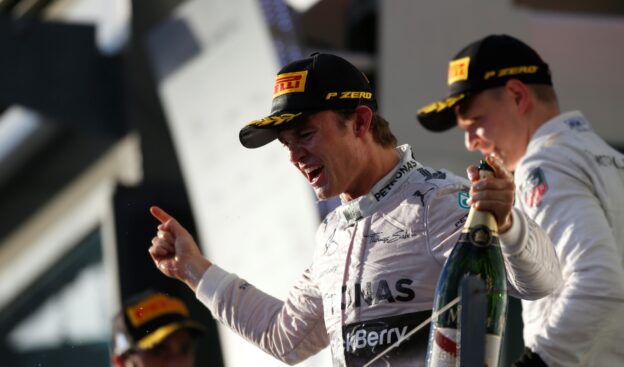 The first Formula 1 race of the 2014 F1 season is won by Nico Rosberg for the Mercedes F1 team. It's his 4th win of a F1 Grand Prix race and the 14th win for his team.

The 2014 Australian Grand Prix started of with a strange two out laps in which the two Marussia F1 drivers stalled their car and had to start from the pit lane.

After 4 laps pole sitter Lewis Hamilton retired with his Mercedes W05 and stopped in the pit.

One lap later 4 times World Champion Sebastian Vettel did the same with his Red Bull RB10. Both cars had to stop to save the engine. Drivers now only may use 5 new engines instead of 8 of last year.

McLaren's Danish driver Kevin Magnussen also scored his first ever podium, but also raced his first race of his F1 career in Melbourne.

Unfortunately Daniel Ricciardo's Red Bull RB10 was disqualified due to new fuel flow regulations. Red Bull appealed to his disqualification. The hearing for this appeal will be on April 14th 2014 at FIA's headquarter in Paris. 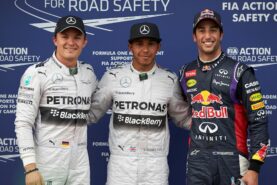 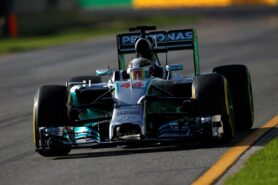