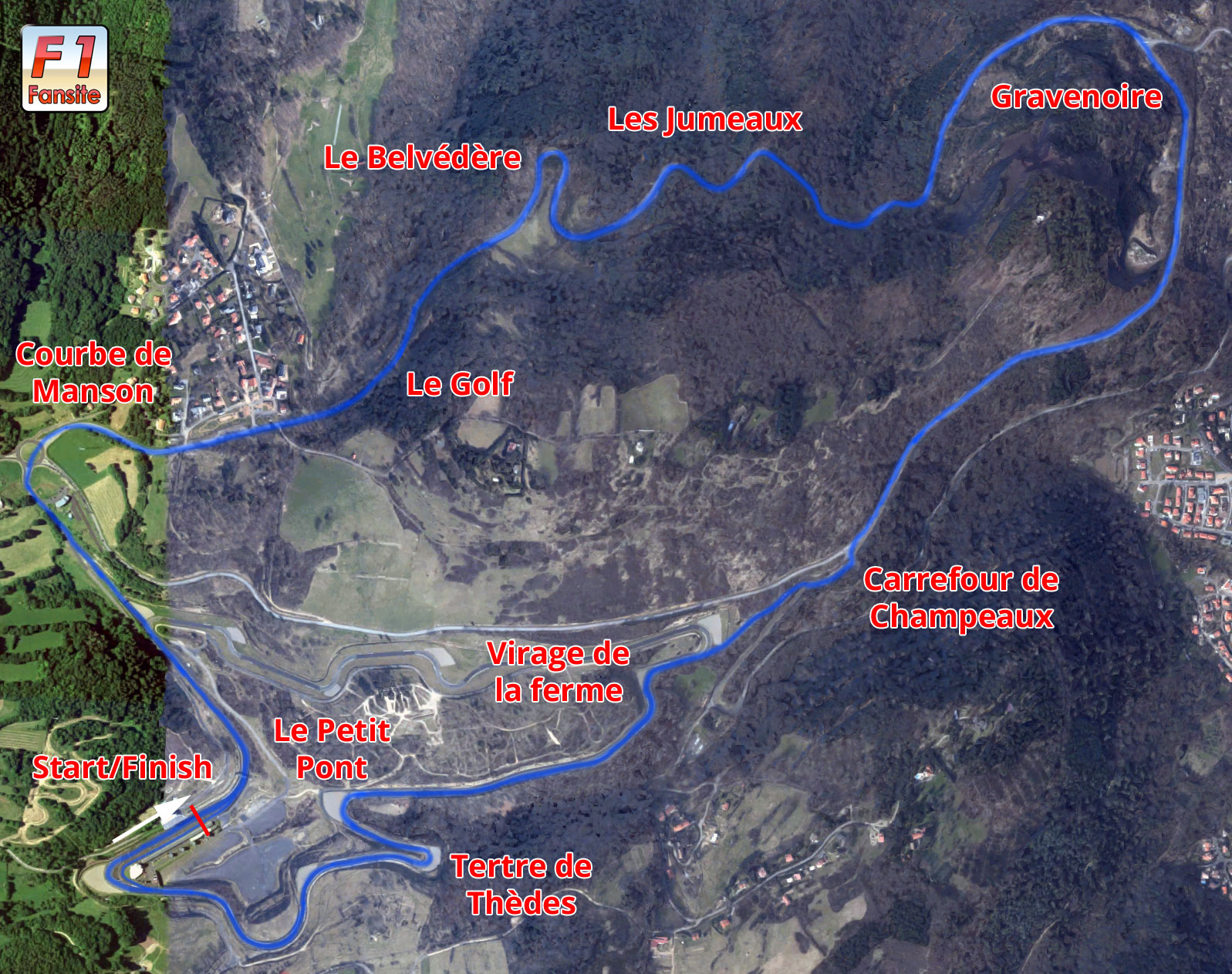 Host of the French GP on four occassions, the Circuit Louis Rosier - better known as Clermont-Ferrand - twisted and turned around the side of two extinct volcanos over its five mile length. A trio of champions, Jim Clark, Jochen Rindt and Jackie Stewart (twice), were the victors of the GPs, although the ever-unlucky Chris Amon was denied the win in 1972 by a puncture, having dominated the meeting in his Matra.

It certainly brought out the best in the bravest of drivers - Denny Hulme commenting once that many drivers wore open-face helmets so they could throw up more easily as they went down the left-right-left hills - but in truth Clermont-Ferrand was never likely to survive as a venue for the French GP for long. The world's most complete and modern circuit sprang up at Paul Ricard in 1971 and the French GP moved away, never to return.

This is also the circuit were Helmut Marko lost his left eye when it got hit by a stone flying from the tyre of Emerson Fittipaldi's Lotus that penetrated the helmet visor of Marko.

Clermont-Ferrand soldiered on, continuing to host races for the Trophées d'Auverne until 1988, when it closed for the construction of a new, smaller circuit utilising the lower sections only. This became known as Charade - although its official title is Circuit de Montagne d'Auvergne - and has hosted French championship races ever since on its still challenging layout.