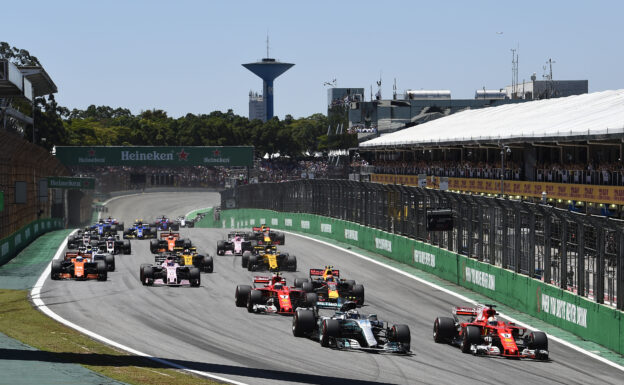 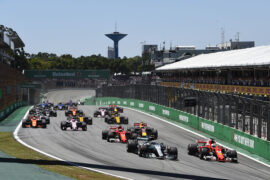 Start of the 2017 Brazilian GP at Interlagos

Ferrari driver Sebastian Vettel won the 2017 Brazilian grand prix today. It was his 47th F1 victory and his 98th podium finish. It also was the 230th victory for Scuderia Ferrari and their 545th podium.

Vettel won the Brazilian GP for the 3rd time today.. He had a very good start and passed pole sitter Valtteri Bottas right after the start in the first corner of the race.

In the Senna SS-es a few drivers collided and had to retire the race. Daniel Ricciardo who started on 14th place also collided but could go on racing.

Because Lewis Hamilton crashed during qualifying in Q1 he had to start as dead last for today's race. He surely showed his talent and passed the whole grid to even lead the race for several laps, because the top drives pitted early.

The British 4 times wold champ almost finish on the podium. In the stages of the race he was hunting down Kimi Raikkonen for 3rd place, but could not overtake him. The Ferrari SF70H was to quick and Hamilton asked to much of his tyres and had to settle for 4th. 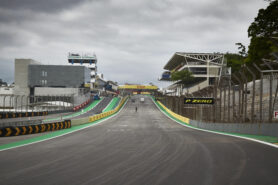 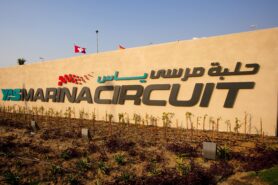