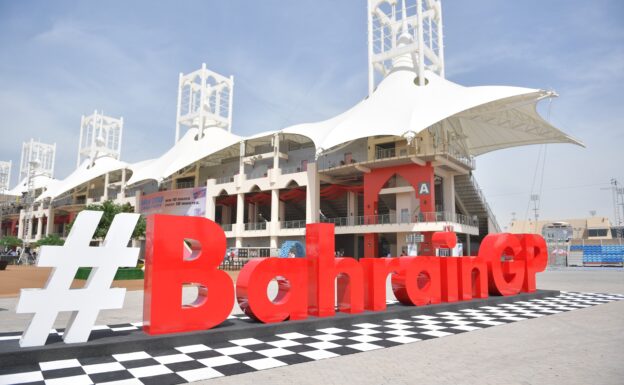 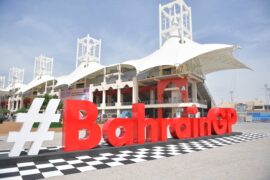 At 17:10 hours CET the 20 fastest drivers of the world will battle out who will win the Bahrain Grand Prix.

Current world champion Lewis Hamilton will start from P9 due to a penalty and a slower quali than normal. Last time he started from 9th was 4 years back during the 2014 Austrian F1 GP he finished 2nd then.

Wonder boy Max Verstappen had a very unusual spin in Q1 and has to start from P15. The reason for his spin seems to be a glitch in the power unit software that gave him 150 hp more than he asked for. Last time hie started from 15th place was back in 2015 in a Toro Rosso during the 2015 Japanese F1 GP. He qualified 9th in that race.

Toro Rosso Honda driver Pierre Gasly did a fantastic job by qualifying 6th and thanks to Hamilton's penalty he will even start from 5th. The gap to the top teams is huge, nearly a second. But nobody and especially McLaren would have never expected that Toro Rosso would be this fast in the second race of the season and they would be eating dust.

Didi you know Daniel Ricciardo also qualified 6th once on Bahrain in a Toro Rosso? It was back in 2012. Unfortunately  he finished on P15.

Hopefully both Ferrari drivers Sebastian Vettel and Kimi Raikkonen will fight till the end, just like Nico Rosberg and Lewis Hamilton did 2 years ago in the Mercedes W07.

If that will happen is yet to be seen. It could be that the first one who gets to the first corner will win the race. 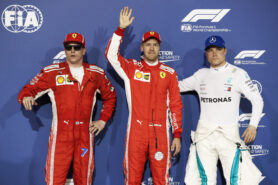 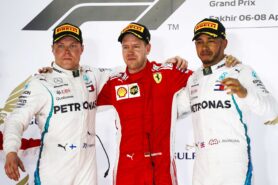