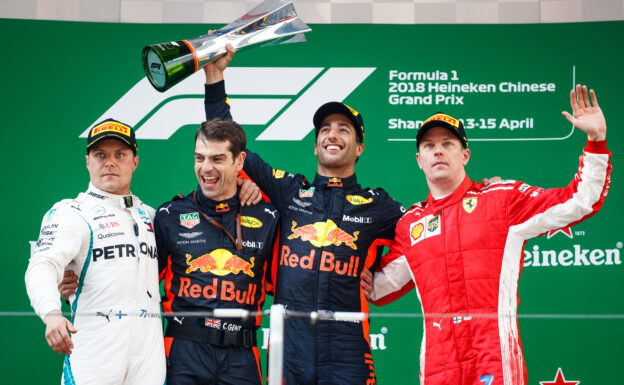 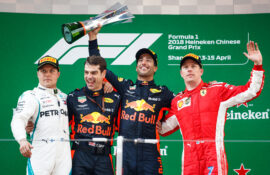 The top 4 drivers stated the race on the yellow soft tyres. Both Red Bull's started on the faster ultra soft tyres.

The start of the race was clean and without any collisions. Red Bull driver Max Verstappen who started on P5 passed the Mercedes of Lewis Hamilton and the Ferrari of Kimi Raikkonen in the first 4 corners to go to P3.

Brendon Hartley made the first pitstop to get rid of his ultra soft tyres.

Sebastian Vettel pitted in lap 21 and when he came out of the pit he was passed by Valtteri Bottas. 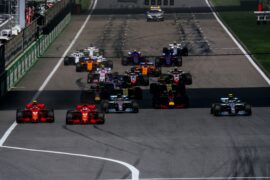 Red Bull took this opportunity to pit Ricciardo and Verstappen to get new soft compound tyres to try and move up some places. They both lost a place by doing this, but had a major advantage on the cars in front.

Max Verstappen was in front of Ricciardo but was to brave to try and pass Hamilton on the outside in turn 7. He drove on the rubber marbles and lost control of is car, drove of the track and lost 2 to Ricciardo and Raikkonen.

A few laps later he collided with the Ferrari of Sebastian Vettel in the hairpin at the end of the long straight. Both drivers spun and lost a lot of places. Verstappen lost the podium by this manoeuvre and also received a 10 sec. penalty.

Ricciardo passed all 5 cars in front and took the lead in lap 45 to win the race and also drove the fastest lap. 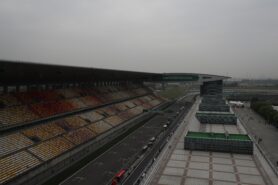 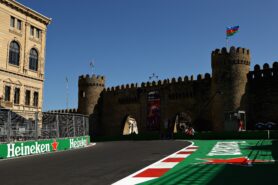