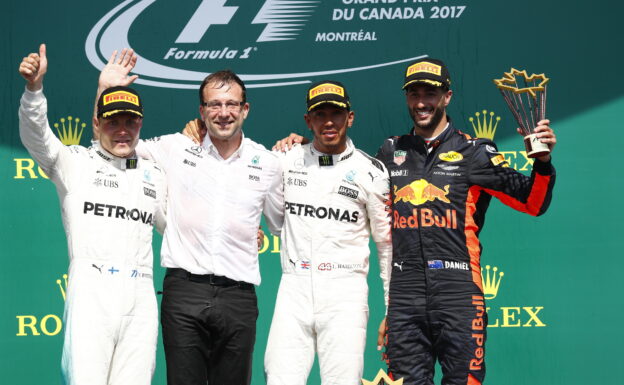 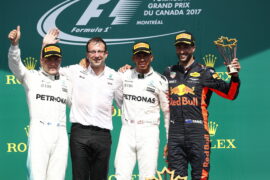 Lewis Hamilton scored the F1 hattrick today during the Canadian Grand Prix. He scored pole, fastest lap and the race win. It was his 56th F1 victory and the 68th for the Mercedes team.

Bottas made it a perfect weekend for Mercedes by finishing second, to make it a 1-2 finish. Mercedes scored 37th 1-2 finish at Canada this weekend, just like Ferrari did last race in Monaco.

Red Bull driver Daniel Ricciardo could witness the Mercedes podium celebrations from the best spot by finish on the podium as 3rd.

The race started dry and Red Bull driver Max Verstappen, who started 5th, had the best start of the front runners and dove into 1st corner as second. He even could attack Lewis Hamilton at the end of the first lap, who was leading the race from start till finish.

Unfortunately Max had to retire in lap 10, again with power unit problems.

Felipe Massa also had some bad luck again in Montreal. He started 7th on the grid and had an ok start, but got hit in the 3rd corner by Carlos Sainz who spun his Toro Rosso on the grass after hitting Haas driver Romain Grosjean. Circuit Gilles Villeneuve isn't Massa's fortunate circuit. He never won a podium here and didn't see the finish 5 times. 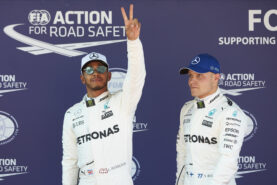 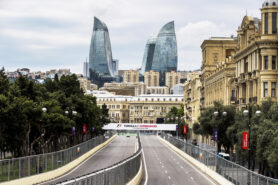