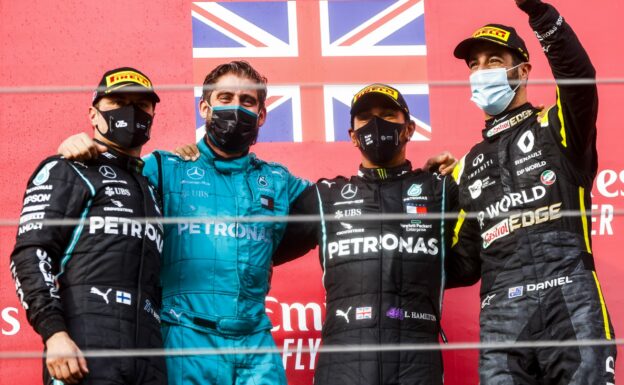 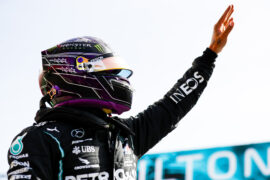 Lewis Hamilton won his 93rd F1 race at the 2020 Emilia Romagna F1 GP today. He started from P2 and won the race on the Imola circuit for the first time. It was his 9th race win of the 2020 F1 season and the 113th victory for the Mercedes team that won their 7th constructor F1 title today.

The start of the race was clean and Max Verstappen who started from P3 had a great start and won the drag race towards the first chicane against P2 started Lewis Hamilton. Valtteri Bottas also had a good start and kept the lead of the race.

Lance Stroll didn't have great first lap as he hit Esteban Ocon in the first chicane on his right rear tyre and had to go to the pits for a new front wing. Ocon was lucky not to get a puncture and could carry on.

Pierre Gasly who started from fourth place also had a very good start on the soft tyres. Hamilton even had to defend to stay 3rd against the French driver and even touched cars. Gasly's race unfortunately was quite short. The AlphaTuari driver to retire his car very early in lap 9 with due to a water pressure problem.

A lot of drivers went in very early to switch from medium to hard tyres. Max Verstappen pitted in lap 19 to go from the mediums to the hard tyres, he returned on the track as 3rd. One lap later race leader Bottas did the same and lost the lead to Hamilton who had been saving his tyres behind Verstappen. The British driver stayed out to try and keep ahead of Bottas and Verstappen after his pitstop. Hamilton still had a lot of life in the mediums and drove fastest lap after fastest lap.

Hamilton did his pitstop at the end of lap 29 when he already began to lap the back markers. In lap 28 Esteban Ocon got an clutch problem and caused a virtual safety car period which was an amazing timed gift for Hamilton's pitstop. The British driver could do his pitstop exactly during the VSC and drove out the pits as leader with a 4 sec. lead towards his team mate Bottas and Verstappen who was chasing the Finn by less then a second.

In lap 43 Bottas out braked himself in turn 17 and Verstappen got right on his tail to DRS him on the long straight to turn 2 and passed the Finnish driver for P2. The Dutch driver didn't drove long on P2 because he retired when his right rear tyre blew up in lap 52.

The safety car deployed to recover the Red Bull of Verstappen. Almost every driver pitted for new tyres and it got very tight between Hamilton and Bottas. George Russell had a harsh moment when he spun of the track and crashed into the wall behind the safety car in the Williams. Until his crash Russell was driving a very strong race and was driving on P10 and looked to be getting his first ever championship points.

Daniil Kvyat was very awake on the soft tyres at the restart when the safety car period ended. The Russian driver who drove on P6 overtook Charles Leclerc and Alex Albon for P4 and even got close behind Daniel Ricciardo who was looking at scoring a second podium for Renault. 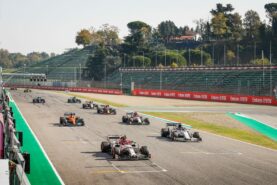 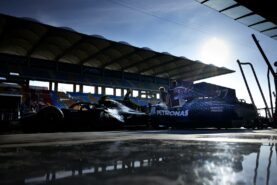