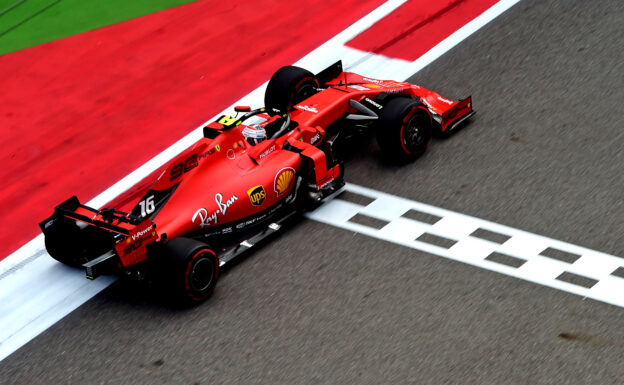 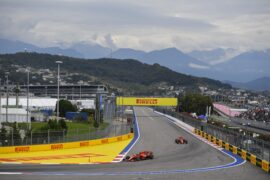 Although weather predictions seemed to be wet for the third and final practice in preparation for the 2019 Russian F1 GP was dry.

Alexander Albon was the first who put a lap time on the timesheet. The Red Bull driver drove a 1:37.881 min on his first lap around Sochi.

After 20 minutes Toro Rosso driver Daniil Kvyat again caused a virtual safety car. The new Honda engine in the back of the STR14 stopped working and the Russian driver had to park the car on the main straight. Yesterday he seemed to have the same problem.

Half way the final practice session, Renault driver Daniel Ricciardo and Racing Point driver Sergio Perez still had not clocked a lap time. Lewis Hamilton was 1.1 second slower in the Mercedes than P1 and told his team he wasn't sure if he could close the gap to Charles leclerc, who was quickest at that time with a 1:32.861.

Max Verstappen clocked a very good lap time on medium tyres. The Red Bull driver was only 0.3s slower than Ferrari driver Leclerc who set his time on soft tyres.

With 12 minutes we saw at last Pérez coming out of the pits to drive his first timed lap. He locked up big time in his warm-up lap braking for turn 13.

With 10 minutes to go both Ferrari drivers topped the leaderboard followed by both Mercedes drivers and Verstappen on P5. Romain Grosjean was best of the rest in the Haas, but was 1.5 sec. slower than Leclerc on P1.

At the end of the session Verstappen ran wide in turn 1, hit the sausage curve that's situated on the apex of turn 2 and damaged his the floor of the RB15.

Lewis Hamilton was quickest in last years FP3 around Sochi with a 1:33.067 min in the Mercedes W09.

Below you can see the highlights of FP3 for the 2019 Russian F1 GP: 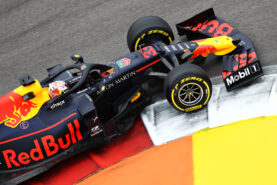 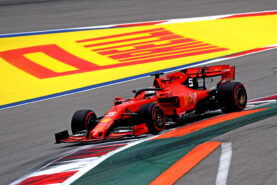