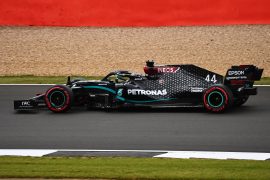 The second practice for the Spanish Grand Prix was driven under hot weather circumstances as it was a scorching day in Catalunya. The drivers had to contend at soaring track temperatures of almost 50 degrees Celsius.

Halfway into the session both Mercedes drivers Lewis Hamilton and Valtteri Bottas topped the timesheet. Hamilton was quickest with a 1:16.883 on soft C3 tyres. Bottas was 0.287s slower. Max Verstappen was 3rd in the Red Bull (+0,821s) and his old teammate Daniel Ricciardo was 4th in the Renault. the Australian drivers was 0,985s slower than Hamilton.

The long runs of both Mercedes drivers showed they were running lap times around 1:20.300 min. At this time we also saw a surprisingly quick Romain Grosjean in the Haas on P5. 10 minutes before the end of the session he returned to the pits and told his team he lost a lot of power. 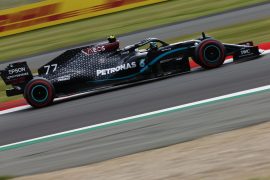 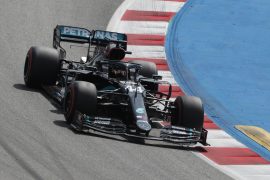