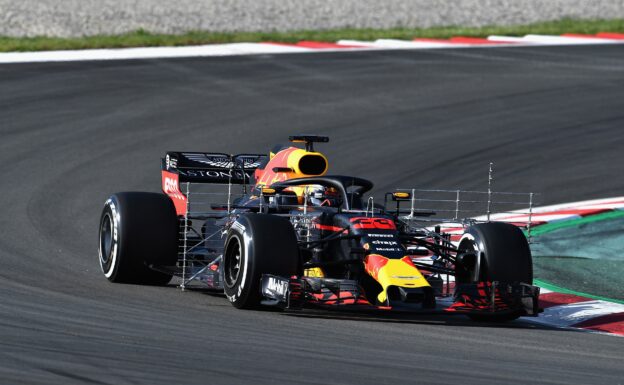 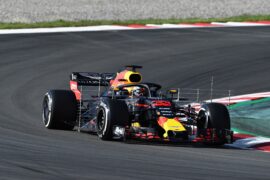 The first practice session started off normal. All teams with Renault and Ferrari engines have updated power unit's which generate more power.

Only Mercedes powered teams didn't get an engine update. Mercedes seems to be 2 weeks back on schedule and will bring their engine update to France.

After half an hour the Renault RS18 of Nico Hulkenberg stopped on the long back straight. Hulkenberg lost drive and caused a red flag. The session was stopped and all cars had to return to the pit lane for 10 minutes.

Lewis Hamilton with the Mercedes and Max Verstappen in the Red Bull were lapping the quickest lap times. With 22 minutes to go Verstappen had to box with a left front suspension problem.

Lance Stroll broke his right rear rim when he hit the Wall of Champions and got a puncture and got back to the pit for a new one.

Canadian and Force India reserve driver Nicholas Latifi was allowed to drive the car of Sergio Pérez this session.

With 12 minutes on the clock Verstappen's suspension was fixed and he got out again to put in some more laps on the pink Hyper tyres.

In the last minutes of the session Marcus Ericsson spun his Sauber. Sirotkin spun his Williams and hit the protec barrier in turn 6 but was able to continue. 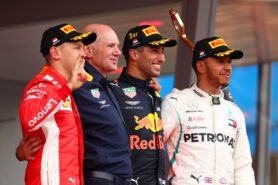 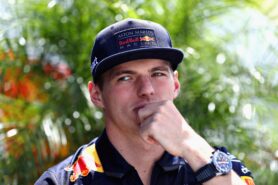