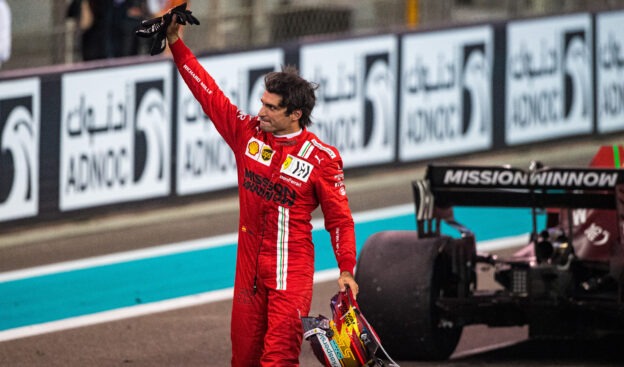 Carlos Sainz scored the 3rd F1 pole position of his career during the 2022 USA Grand Prix qualifying session today. The Ferrari driver will start from P1 for the first time on Circuit of the Americas. It was the 243rd pole for Scuderia Ferrari.

At the start of the session the sad news had came out that the owner of the Red Bull brand, Dietrich Mateschitz had died today.

After all drivers had set a lap time on the timesheet, Ferrari driver Carlos Sainz topped the leaderboard with a 1:35.297. The Spanish driver put in a great lap and was almost 0.5 sec. quicker than his teammate Charles Leclerc.

Because of the track evolution the track became quicker by the second. Mick Schumacher spun the Haas at turn 1 in his final lap. In the end Tsunoda, Albon and Zhou improved enough to get out of the elimination zone. They pushed out Esteban Ocon (Alpine), Mick Schumacher (Haas) and Nicholas Latifi (Williams).

Albon kicked off the second qualifying session by driving out as first with the Williams FW44. His lap time was a 1:37.124 min. Leclerc now was quickest after the first run by the 15 drivers left in this Q2 session. The Ferrari driver clocked a 1:35.246 min. He was only 0.048s in front of Verstappen who was second quickest.

In the end only Stroll made it into Q3. At first he had pushed out Lando Norris (McLaren) But because Zhou's fastest lap was deleted for exceeding track limits, Norris was put back in the top 10 and made it into Q3.

After the final run Ferrari driver Carlos Sainz drove a prefect lap and came out as fastest.

Last year the pole position lap time was a 1:32.910 min driven by Max Verstappen with the Red Bull. 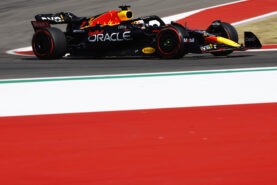 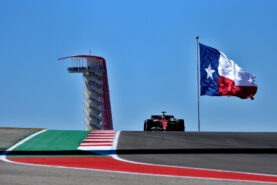