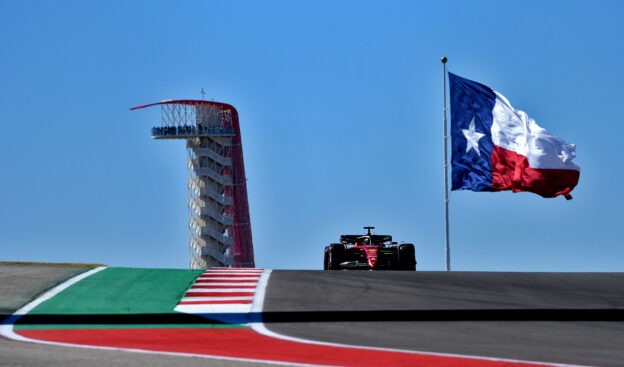 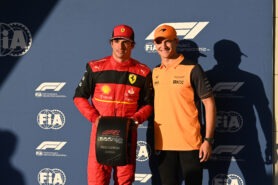 Ferrari scored a 1-2 qualifying session and Carlos Sainz came out as quickest for the 3rd time this season and in his F1 career. His teammate Charles Leclerc received a 10 places grid penalty, because he had to use a 6th internal combustion engine and turbo in the back of the Ferrari F1-75. Leclerc will start from P12 because of that. Max Verstappen who qualified 3rd will move up to the front row because of this.

Weather conditions were warm and dry, with ambient temperatures of 32 degrees and track temperatures of 39 degrees at the start of qualifying. There were very strong gusting winds all day, which affected the aerodynamic balance and caused some big slides. Similar conditions are expected tomorrow.

Verstappen will push Sainz to try and win at Circuit of the Americas for the second time and wrap up the 2022 constructors F1 championship title. Especially now that the news came out about the death of Red Bull owner Dietrich Mateschitz.

The Pirelli Pole Position Award at the Circuit of the Americas was given to Sainz by a fellow Spaniard: last year’s Indycar champion Alex Palou. Palou, who had his first taste of 2022 Formula 1 machinery yesterday with McLaren, was second-fastest of the five guest drivers in FP1, underlining the increasing profile of Formula 1 in America. The 25-year-old is also a former race winner in GP3 and previously competed in Formula 2.

Pole position is on the right side of the track at Austin.

The best strategy for the 56-lap United States Grand Prix is likely to be a two-stopper, using the P Zero Yellow medium tyres and the P Zero White hard tyres – owing to the high degree of degradation on the soft.

The fastest way seems set to be one medium stint followed by two stints on the hard: although medium-hard-medium could be a good way forward too. As always, the tyres that each driver has left in their individual allocations will influence the strategy.

A three-stopper is not to be excluded: especially because there is only a short pit lane time loss in Austin and plenty of possibilities to overtake. 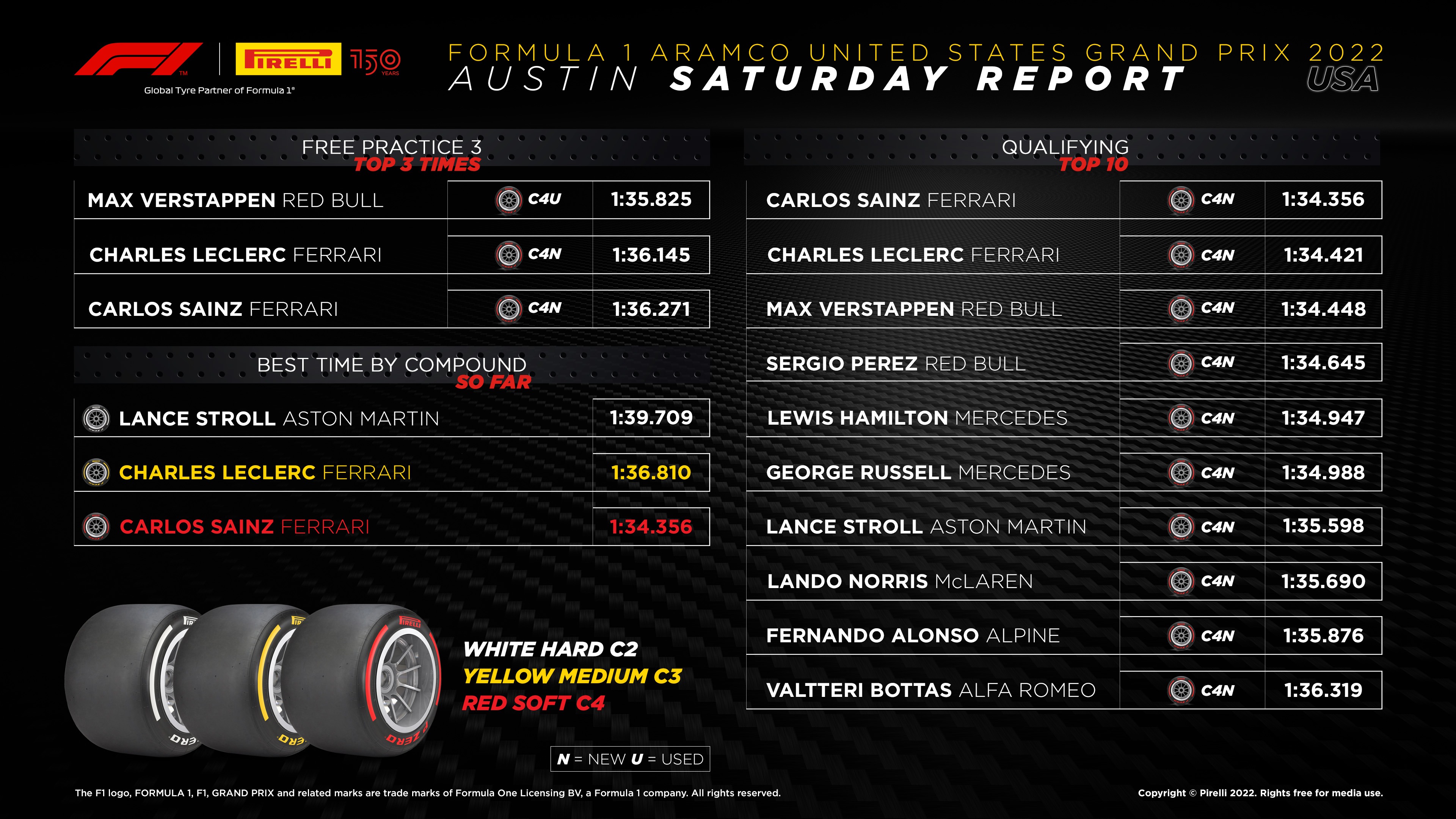 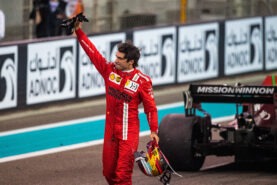 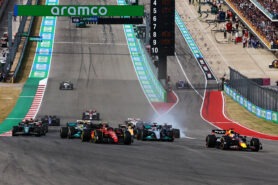