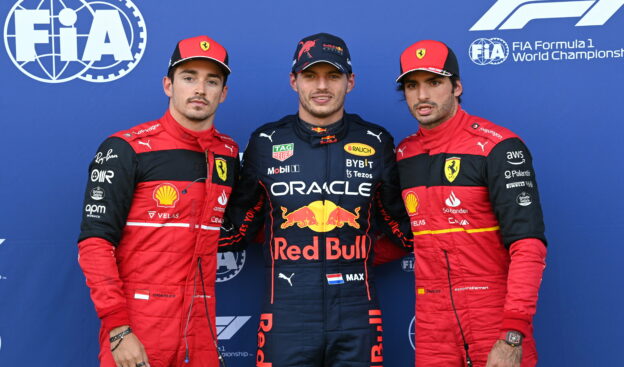 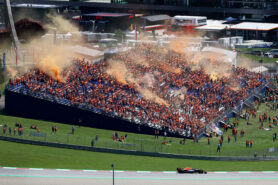 Max Verstappen scored his 16th F1 pole position today. The Red Bull driver will start from P1 for tomorrow's Sprint race that will sort out the grid for Sunday's Austrian Grand Prix. It was the third pole of the season for the Dutch driver and the 77th pole for the Red Bull Racing team.

The first 18 minutes of qualifying was kicked-off by AlphaTauri driver Yuki Tsunoda with a 1:07.578 min. Several times of the other drivers got deleted and it took twelve minutes before all driver had set lap time.

With 5 minutes to go the driver in the dropzone were: Lando Norris (McLaren), Nicholas Latifi (Williams), Lance Stroll (Aston Martin, Alex Albon (Williams) and Sebastian Vettel (Aston Martin). Only Norris made it into Q2, but pushed out his teammate Daniel Ricciardo who only was 0,283.

Both Haas drivers Mick Schumacher and Kevin Magnussen both were in the top 10 being less than one second behind Ferrari driver Charles Leclerc who was quickest.

In Q2 that took 15 minutes we saw Alpine driver Esteban Ocon clocking the first lap time of a 1:06.488 min. The quickest lap time. It took 10 minutes before all drivers had put a lap time on the board. Lewis Hamilton showed he had not lost his qualifying talents and showed the Mercedes is force to reckon with and was quickest with a 1:05.475. Verstappen was second on 0.093s, while the other Mercedes driver George Russel was third on +0.281s.

Lando Norris was struggling a lot to keep the McLaren on track and also got his quickest lap deleted. Only Pérez improved enough to get into Q3. and made it to P6. The top 12 now was less than 1 sec. apart.

The third and final quali session to battle out pole position for tomorrow's Sprint takes eleven minutes. After the first run the man on top of the timesheet was Verstappen with a 1:05.092. Hamilton who drove the quickest first sector of all drivers aborted his first clocked lap. In his second lap the 7 times champ made a rare mistake and went in to hot at turn 7 and lost grip at the rear and went off the track to end of in the gravel to crash into the barrier. With 5:29 to go the session got red flag to recover the wrecked Mercedes.

After the restart George Russell was the second driver to try and score his first pole position. He lost it in the very last corner with a similar oversteer move. The Mercedes driver ended up in the barrier. A second red flag period was needed to recover the second Mercedes. The clock had stopped at 2:31 min.

When the session resumed all cars went out to try and drive a quicker lap than they already had. In the dying moments it was first Leclerc who beat Verstappen's time. After him Sainz also improved to get passed Verstappen's first time, being only 0.082s slower than Leclerc. Behind both Ferrari drivers came Verstappen who had no purple sectors, but improved enough to score his third consecutive pole on the Red Bull Ring.

After the qualifying session was ended, Pérez's lap times of Q3 were deleted by race control, because he had exceeded the track limits during his fastest lap in Q2.

Last year Verstappen also scored pole for Red Bull for the Austrian GP, he then did it with a 1:03.720 min.

Note: Sergio Pérez (Red Bull #11) had his lap times deleted for lap 17 of Q2 and for all laps in Q3 for leaving the track without justifiable reason. 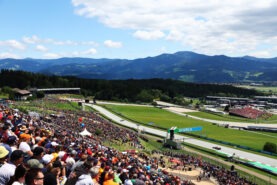 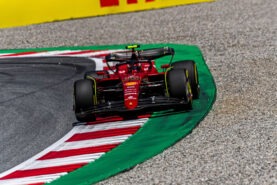