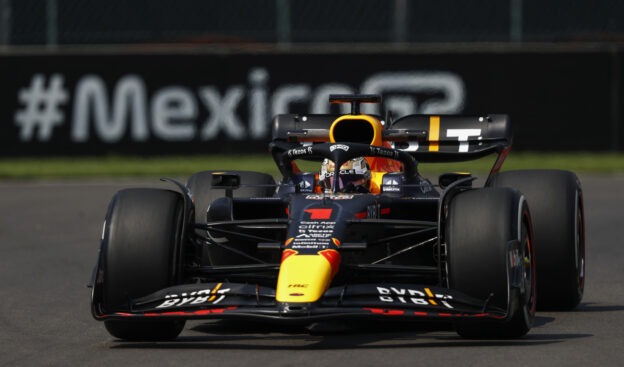 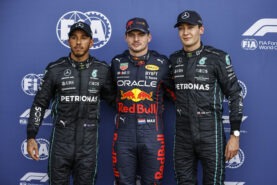 Max Verstappen scored the 19th F1 pole position of his career during the 2022 Mexico Grand Prix qualifying session today. The Red Bull driver will start from P1 for the first time in Mexico City. It was the 80th pole for Red Bull Racing.

After all drivers had set their first lap time during qualifying for the 2022 Mexico Grand Prix, Verstappen was on top already with a 1:19.222 min.

With 5 minutes to go the drivers who had to improve to get into Q2 were: Daniel Ricciardo (McLaren), Lance Stroll (Aston Martin), Alex Albon (Williams), Sebastian Vettel (Aston Martin) and Nicholas Latifi (Williams).

In the dying seconds of the session Lewis Hamilton moved up to P1 with a 1:19.169 min. Ricciardo improved to P13 and pushed out Mick Schumacher in the Haas. Valtteri Bottas showed his pole position of last year wasn't a coincidence and put the Alfa Romeo on P4.

In the second part of quali Hamilton again was very quick and was fastest with 8 minutes to go with a 1:18.552 min. The Mercedes driver had clocked a 1:18.352. With 5 minutes to home driver Pérez was still in the drop zone together with Yuki Tsunoda (AlphaTauri), Zhou, Pierre Gasly (AlphaTauri) and Kevin Magnussen (Haas).

In the end of Q2 Perez had improved and was only 0.063s slower than Hamilton on P5! He pushed out Ricciardo who wan't fast enough to get into Q3.

Pérez set the first lap time in the final qualifying session with a 1:18.153 min. The Red Bull driver had some problem with his DRS and therefor got out first. It was very close between both Mercedes and Red Bull drivers, but Verstappen pushed out a stellar lap and came out fastest, being the only driver who clocked a lap time in the 1:17 min.

Both Ferraris couldn't keep up the pace and Bottas put the Alfa Romeo between them. Last year the pole position lap time was a 1:15.875 min driven by Valtteri Bottas with the Mercedes. 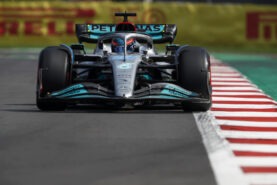 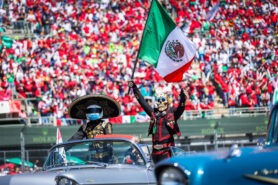