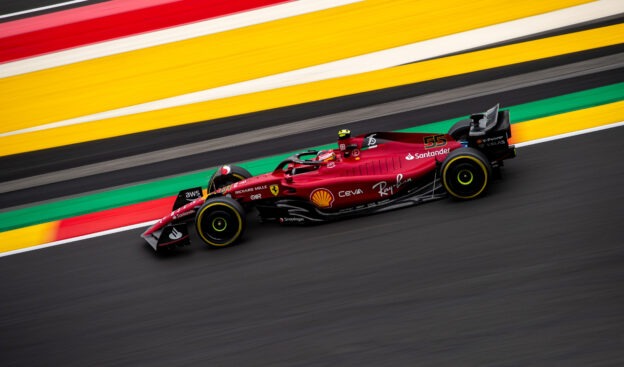 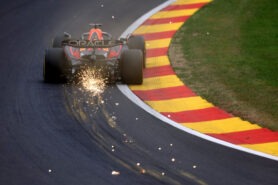 Carlos Sainz scored his second F1 pole position of his career during the 2022 Belgian Grand Prix qualifying session today. The Ferrari driver will start from P1 for the first time on Spa-Francorchamps. It was the 239th pole for Ferrari.

Qualifying for tomorrow's GP order was delayed by 25 minutes due to barrier repairs on the Spa track. Before F1 qualifying the Porsche racing series did their qualifying, when a collision between two drivers caused one Porsche to crash into the barrier.

With five minutes to go the drivers who had to improve to get into Q2 were: Lance Stroll (Aston Martin), Nicholas Latifi (Williams), Mick Schumacher (Haas), Zhou Guanyu (Alfa Romeo) and Valtteri Bottas (Alfa Romeo).

In the last runs George Russell told his Mercedes on the radio he saw some drops of rain. In the end Zhou and Schumacher made it into Q2. Vettel was only 0.002 sec. slower than Schumacher.

Verstappen again was fastest after his first timed lap and now clocked a 1:44.723 min. Leclerc could not come close and was nearly 1 second slower in the Ferrari than his title rival Verstappen. He told his team on the radio his car bounced a lot at the apex of slow corners.

Both Alpine drivers and McLaren drivers helped out each other with a nice slipstream at Kemmel straight. It looked like it would help Ricciardo to get into Q3, but Albon was driving a great lap in the Williams and pushed Ricciardo out at the very last moment.

The final qualifying session for pole position was a bit of a chaos for Leclerc, because the team made an error and had fitted new softs instead of used ones. Verstappen was again quickest after the first run and clocked a 1:43.665 min.

He didn't got out for a second run, because he received a grid penalty for using to many power unit elements and will have to start from the back of the grid tomorrow. Sainz now was helped by Leclerc on the long straight up the hill to try and keep in front of Pérez.

Although Verstappen was an amazing 0.6 sec. faster than Sainz, he won't be starting from pole tomorrow.

Last years pole position time was a 1:59.765 min, driven by Max Verstappen with the Red Bull on a wet track. 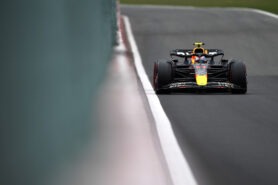 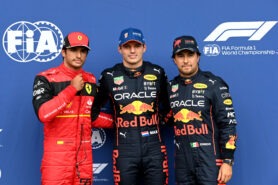