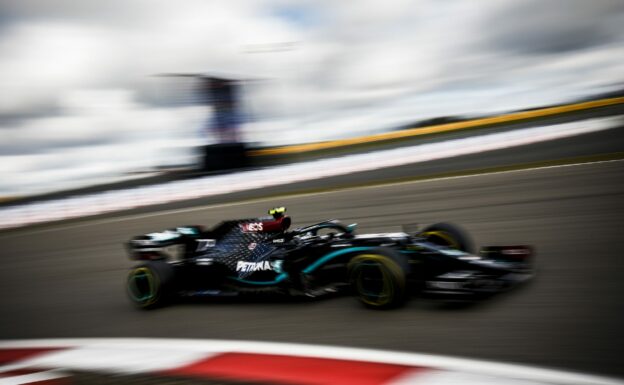 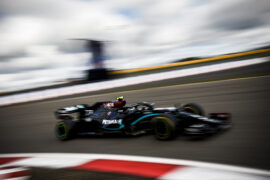 Valtteri Bottas scored his 14th F1 pole position in the 2020 Eifel Grand Prix qualifying session today. It was already his 3rd pole of the 2020 season. The Mercedes driver will start from P1 for the first time in his career on the Nurburgring. It was the 122nd pole for the Mercedes team.

Q1
Nico Hulkenberg was called up this morning to replace Lance Stroll who is to sick to drive the Racing Point F1 car. In the first 18 minutes of the Q1 the German driver stepped into the pink car and clocked 1:32.190 min in his first quick lap.

Max Verstappen was quickest right away with the Red Bull RB16. He was 0.2s quicker than Valtteri Bottas who was second in the Mercedes W11. With 5 minutes to go the following drivers had to improve to get into Q2: Romain Grosjean (Haas), Kevin Magnussen (Haas), Kimi Raikkonen (Alfa Romeo), Antonio Giovinazzi (Alfa Romeo) and Hulkenberg.

Magnussen and Giovinazzi improved enough to get into Q2. Hulkenberg didn't make into Q2 but only was 0,9s slower which is incredible with a car setup out of the box on a track he never drove on with a modern F1 car.

Q2
Both Mercedes drivers Hamilton and Bottas got out on medium tyres to try and set their quickest lap with them to be able to start on that compound tomorrow. They were the only team who choose for that strategy.

With 5 minutes to go the following drivers were in the elimination zone: Sebastian Vettel (Ferrari), Giovinazzi, Magnussen, Daniel Kvyat (AlphaTauri) and Pierre Gasly (AlphaTauri). None of the drivers could get out of the zone and had to leave the session.

Q3
Max Verstappen was the man to beat after the first stint. The Dutchman only was 0.068 quicker than Bottas who was second quickest and 0.081s in front of Hamilton.

In the second stint both Mercedes drivers drove in front of the Red Bull of Verstappen. It was a rundown for pole between those three drivers. At the end Bottas drove a very quick lap and was over 0.2s faster. Verstappen wasn't able to score the first pole for Honda on the Nurburgring. Honda had their F1 debut on the Nurburgring back in 1964, but never won or scored a pole position here. 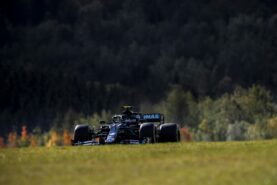 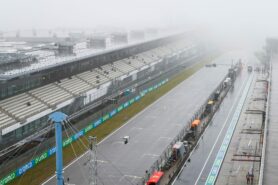