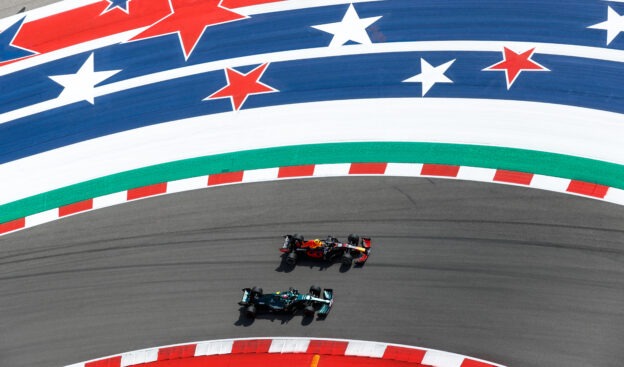 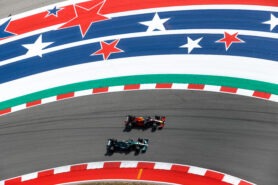 Sebastian Vettel kicked off the third and final practice for the 2021 United States Formula 1 Grand Prix. The Aston Martin driver got a new 4th Mercedes power unit and will have to start from the back of the grid for tomorrow's race. He was followed by Fernando Alonso in the Alpine.

Lewis Hamilton was the third driver to enter the track. He clocked the fastest lap time of the day up till then with a 1:35.814 min. After his run a few more drivers came out the pits to start their final practice.

After 20 minutes Valtteri Bottas topped the timesheet with a 1:35.556 min in the Mercedes with a new internal combustion engine that will give him a 10 places grid penalty, but his lap time got deleted because he crossed track limits at turn 19. Sergio Perez was only 0.6s slower in the Red Bull. Hamilton also then took over the quickest lap time with a close 1:35.571.

Max Verstappen did not clock a lap time up till then. Five minutes later he turned up and was quickest ride away being 0.364 sec. faster than Hamilton in the Red Bull with a 1:35.207. Perez later on got up to speed and only was 0.001s slower than his teammate to make it a 1-2 for the first time for the Red Bull Racing team this year.

With 20 minutes to go Ferrari driver Carlos Sainz drove an even faster lap to be 0.1s quicker than Verstappen.

10 minutes later Perez was quickest with a 1:34.701. Sainz was second on 0.1s and Verstappen was 3rd on 0.2s. Hamilton still was 8th. A few moments later Verstappen pushed more to get above Perez' time and clocked a 1:34.383. His time also got deleted because he crossed track limits at turn 13. A few moments later Hamilton drove the quickest lap time of the session with 1:34.458. His time also got deleted, because the English crossed time limits at turn 9.

Three minutes before the end Perez still was quickest because Hamilton and Verstappen lap times got deleted. Both didn't manage to get in a good lap again, due to traffic.

Last year Max Verstappen was quickest in FP3. The Red Bull driver then clocked a 1:33.305 min. 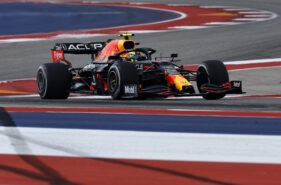 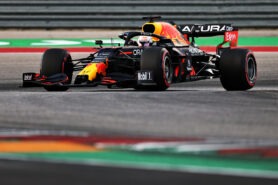