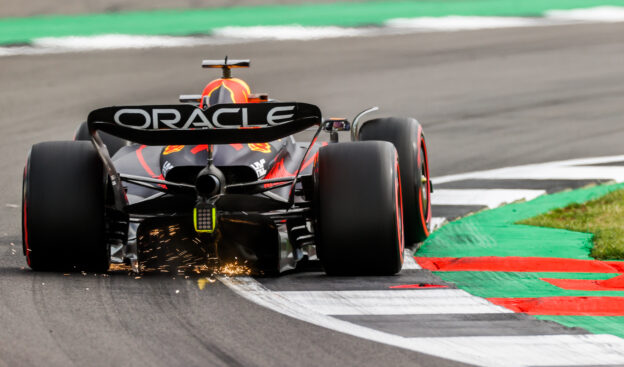 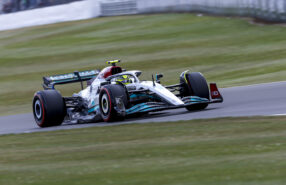 Lance Stroll was the first to go out on the track in the Aston Martin to kick off the third and final practice for the 2022 British F1 Grand Prix. Silverstone is literally the home race for Aston Martin as their factory is right next to the Silverstone circuit.

After ten minutes only 8 drivers had clocked a lap time around Silverstone. Both Ferraris again were topping the leaderboard with Charles Leclerc 0.365 sec. quicker than Carlos Sainz. Leclerc's tine on a set of soft tyres was a 1:29.452 min. Both Red Bulls and Mercedes' drivers had not put a lap time on the timesheet.

Because their was a threat of rain this session, a lot of teams decided to off with qualifying runs. The drivers got different messages about the rain showers and with 24 minutes to go Pérez told his team he experiencing some drops of rain on the back straight.

The McLaren team didn't start with qualifying laps and drove around on P17 and P18 with medium tyres to figure out if their overnight changes and optimise their race pace.

In the end Pérez seemed to have fixed the understeer problem and went 0.6 sec. quicker to be second fastest on +0.410s behind his teammate. 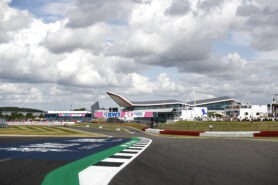 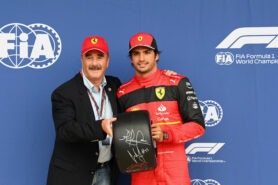