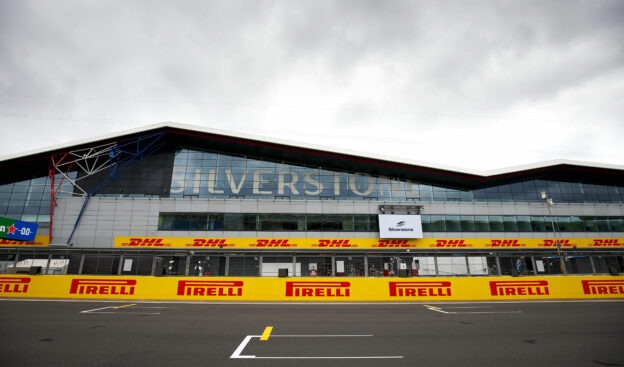 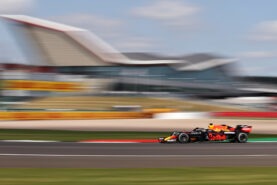 Max Verstappen driving the (33) Red Bull Racing RB16B Honda during practice ahead of the F1 Grand Prix of Great Britain at Silverstone on July 16, 2021

The format today is a one hour Free Practice session followed by Qualifying later today for the first time.

After 5 minutes Lewis Hamilton topped the timesheet in the Mercedes. His first lap time on the medium tyres was 1:30.048 min. His rival Max Verstappen was 2nd quickest. He was only 0.226 sec slower on a set of hard tyres.

Mercedes has brought some updates for their car. The team changed the floor, sidepods and several other small parts. Valtteri Bottas was the first to go under 1:30, followed by his teammate a few moments later, to set the fastest lap time to 1:29.690 min with 45 minutes to go.

5 minutes later Sergio Perez showed the Red Bull is also a quick car around Silverstone. The Mexican driver was even 0.5s quicker than both Mercedes drivers. After him the Dutch F1 championship leader put in a quick lap and hammered down the lap time to 1:28.179 min. Which was almost 1.2 sec. quicker than Bottas on third and even 1.3 sec. faster than Hamilton's quickest lap.

Halfway the session Verstappen still was the quickest. He now had lapped the British circuit in 1:27.745 min, which is only 0.7s slower than his last years lap record. Both Mercedes' drivers now where pushed back to P7 and P8. The both had driven 20 laps on the medium tyres. Hamilton's tyres had a lot of blisters on them when he pitted.

With 20 minutes to go Verstappen did a lap on the fastest soft tyres. He pushed out a lap that was 0.7s quicker than his quickest lap ion the mediums and now was 1.1s quicker than his teammate who was on P2. Daniel Ricciardo showed a good pace in the McLaren and was 3rd (+1.315s).

With 10 minutes to go local hero Lando Norris took P3 and was quicker in the McLaren than both Mercedes drivers by beating Hamilton's time with 0.001s with the same engine and on slower medium tyres.

The quickest lap time of last year's FP1 on Silverstone was 1:27.173 min, driven by Pierre Gasly with the Red Bull RB15. 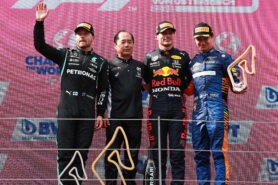 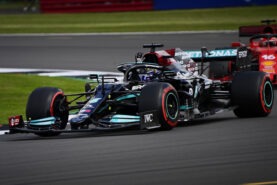