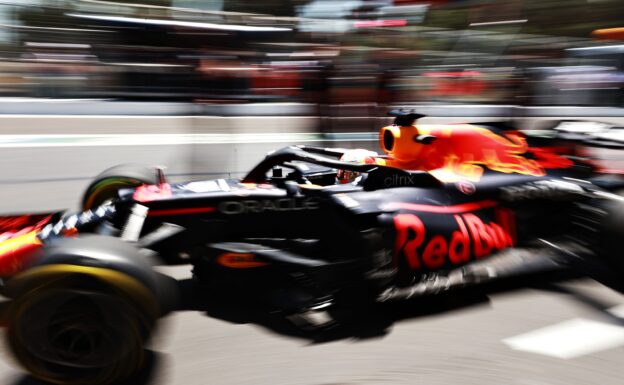 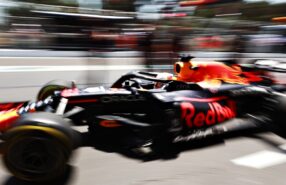 Sergio Perez seemed to be eager to perform well this weekend as he was the first driver how entered the track to start off the first practice for the Azerbaijan Formula Grand Prix. FP1 was driven under perfect weather circumstances with clear skies and a nice warm temperature.

After ten minutes of testing both Ferrari drivers Charles Leclerc and Carlos Sainz where topping the leaderboard with the Ferrari SF21. Leclerc drove the quickest lap time until then with a 1:45.664. Both used the hard tyres. At this time Hamilton and Verstappen didn't put in a quick lap yet. Hamilton was on a hot lap when a virtual safety car period was deployed to clean up some debris from the track.

It didn't took long for Hamilton to beat Leclerc's time. After 20 minutes he was the fastest with the Mercedes and clocked a 1:43.893 min on the soft tyres. Verstappen was driving around on the medium tyres and set the second quickest lap time with a gap of 0.968s towards his title rival.

Half way the session rookie driver Yuki Tsunoda had mist turn 4 in his AlphaTauri and was having some trouble finding reverse gear. Because he was standing on the escape road he caused some yellow flags. At this time Verstappen had improved his time on the medium tyres to only 0.205s towards Hamilton. AlphaTauri driver Pierre Gasly was 3rd fastest in the AlphaTauri which also has Honda power in the back, but was over 1 sec. slower. 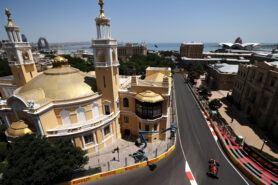 Max Verstappen driving the Red Bull Racing RB16B Honda on track during practice ahead of the F1 Grand Prix of Azerbaijan at Baku City Circuit on June 04, 2021

Valtteri Bottas and Sergio Perez were on a different strategy this morning, being only 11th and 13th until now. With 24 minutes to go Daniel Ricciardo showed he didn't lost his talent as the Australian driver topped the timesheet in the McLaren on the red soft tyres with a 1:43.732 min. His teammate Lando Norris was also on a flying lap and was on his way to beat Ricciardo's time, but the young British driver spun in the last real corner (16) and had to start all over again.

Now a lot of drivers were pushing to go to the top of the leaderboard, Hamilton was going quick but out braked himself in turn 15. With 15 minutes to go the order was 1. Leclerc, 2. Sainz, 3. Ricciardo, 4. Hamilton, 5, Norris, 6. Verstappen, 7. Bottas, 8. Gasly, 9. Stroll. and 10. Perez. Untill then Verstappen didn't use the red soft tyres yet.

With 3 minutes to go NIkita Mazepin almost crashed into the wall of turn 15 with the Haas. He did hit the barrier but the car looked undamaged and he was able to drive back to the pits to have it checked. Verstappen was now topping the timesheet on the reds with a 1:43.184 min.

Nobody could improve his time, because of a lot of yellow flags in the end of the session due to several drivers out braked themselves. Both Mercedes drivers ended up surprisingly on P7 for Hamilton and P10 for Bottas.

1:47.497 min was the fastest lap time of last FP1 in Azerbaijan back in 2019. It was clocked by Charles Leclerc in the Ferrari SF90. This slow time was caused by the loose manhole cover which red flagged the session very early in the session. 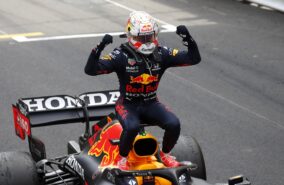 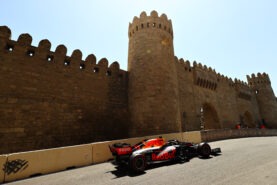