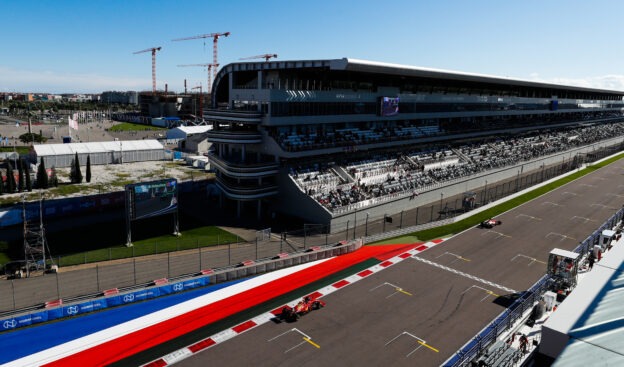 After a thrilling qualifying session today from a drying track in Sochi, we have a completely unexpected grid for the 2021 Russian Formula 1 Grand Prix in 2021.

Everybody expected both Mercedes cars of Lewis Hamilton and Valtteri Bottas on front row for the 81st time, but the track conditions, strategic decisions and personal errors generated pole position for McLaren for the first time after 9 years of drought.

On second place on the grid we have Ferrari driver Carlos Sainz and on 3rd a stellar performance again from next year's Mercedes driver George Russell in the Williams!

If it's dry, the 53-lap Russian Grand Prix should be one-stop race, unless there's a safety car or any other anomaly. 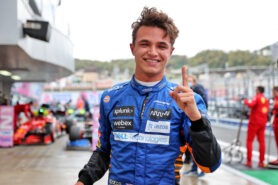 The pit lane time loss is quite big in Sochi at around 25 seconds: another factor that drives teams towards a one-stopper. Tomorrow they should all be able to run the theoretically optimal tyre strategy, as wet conditions in qualifying mean that every driver has a free choice of start tyre, rather than having to go with their Q2 best time tyre.

Medium C4 to hard C3 is set to be the preferred strategy, also because this allows the greatest degree of flexibility, with a wide pit stop window that maximises opportunities to take advantage of safety cars or other race circumstances. Soft C5 to hard C3 is also a viable possibility, while soft C5 to medium C4 is marginal in terms of wear.

As always, there's the option to do something completely different and start on the hard compound before switching to a softer compound much later in the race, but that is more of an unknown quantity. This might be a good option for those starting lower down the grid, to carry out a longer first stint. With two of the frontrunners starting at the back due to engine changes, it will be interesting to see which tactics they choose.

Four things to focus on during the 2021 Russian GP

Mario Isola - Pirelli's Head of F1 & Car Racing said:
"Qualifying was tricky, with a low-grip surface that took a long time to dry and made it difficult to determine the crossover point, until right at the end of Q3 when it was finally dry enough for slicks. Tomorrow's conditions look set to be dry, meaning that teams will have to rely on the data accumulated on Friday, with one session less of running compared to usual. All drivers will have a free choice of tyres at the start, which means that they should be able to run the optimal one-stop strategy. With some fast drivers starting from the back, who might try something different, plus a slightly different top three on the grid, it should be a very intriguing race." 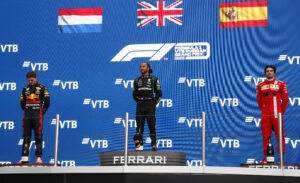