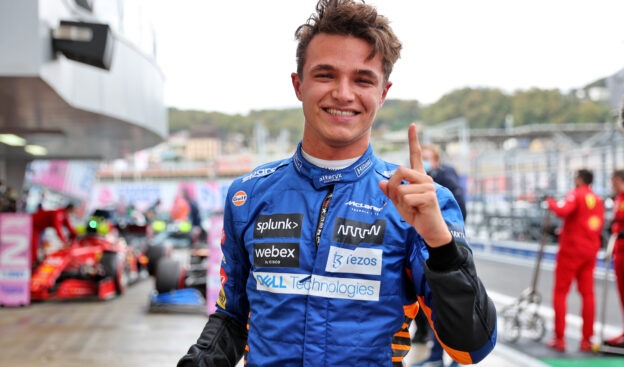 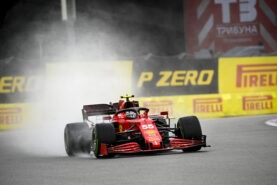 Lando Norris scored his maiden F1 pole position of his career during the Russian Grand Prix qualifying session today. The McLaren driver will start from P1 for the first time on the Sochi Street Circuit. It was the 156th pole for the McLaren F1 team.

Q1
Max Verstappen who has to start from the back of the grid tomorrow due to using a 4th engine configuration only drove 2 laps and didn't even tried to clock a lap time to save engine performance and get the most out of his car during tomorrow's race.

The wet and drying Sochi track was a real challenge for the drivers, especially because it's the first time in in history the F1 drivers are driving on a wet Sochi track. With

Last year Lewis Hamilton scored pole position in the Mercedes with a lap time of 1:31.304 min. With 5 minutes to go the drivers in the drop zone were: Kimi Raikkonen (Alfa Romeo), Nikita Mazepin (Williams), Antonio Giovinazzi (Alfa Romeo), Mick Schumacher (Haas) and Max Verstappen (Red Bull). The other Red Bull driver Sergio Perez was on P1 with a 1:46.445 min.

In the Q1 nobody was able to improve enough to get into Q2, while Hamilton snatched P1 from Perez.

Q2
In the second qualifying the track got dryer each lap and all drivers used intermediate tyres to get in their quick laps. Halfway the session Lando Norris showed some good speed in the McLaren and only was 0.158s slower than pole king Lewis Hamilton in the Mercedes. That was until Valtteri Bottas had set a lap time on his favourite track and showed he can be almost 6 tents quicker than his teammate.

With 5 minutes to go the drivers who had to improve to get into Q3 were: Daniel Ricciardo (McLaren), George Russell (Williams), Yuki Tsunoda (AlphaTauri), Nicholas Latifi (Williams) and Charles Leclerc (Ferrari). Latifi and Leclerc didn't set a lap time this session. Sainz and Russell improved a lot and made it into Q3. They both pushed out Aston Martin driver Sebastian Vettel and Pierre Gasly (AlphaTauri).

Q3
The top 10 shootout was kicked off by both Mercedes drivers with Bottas in front of Hamilton. They both still fitted the intermediate tyres underneath their cars, while the track was maybe dry enough for slick tyres. George Russell was the first to switch to dry tires. The British driver tried a set of soft tyres to go at fast as possible.

With 5 minutes to go Hamilton was on pole with a 1:44.050 min. Norris was +0.656 sec. behind him on P2 and Bottas on P3, +0.660s behind. Now all drivers went in to get a set of slicks. When Hamilton entered the pits he went wide and damaged his car when he hit the wall. Next to a new set of softs he also got a new front wing.

Ferrari driver Carlos Sainz was the first who was able to get the dry tyres to work and was 1,5 sec. quicker than  Hamilton with a 1:42.510 min. His former teammate Norris was even 0,5 sec. faster and scored his first ever pole position and the first pole since the 2012 Brazilian F1 GP.

Hamilton did try to score his 102nd pole, but spun his car at turn 16 and even hit the barrier with his rear wing. 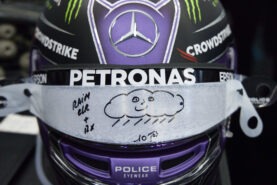 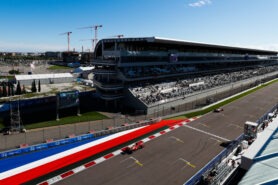