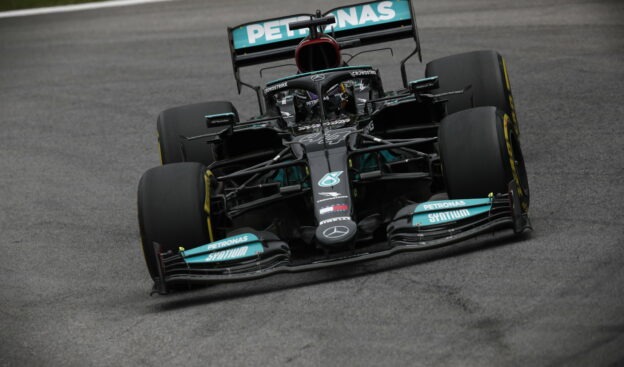 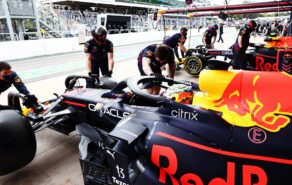 Not all cars came out ride away for this first practice for the 2021 Brazilian Formula 1 Grand Prix driven in Sao Paulo. The top drivers did came out very quickly, because there was a chance of rain.

Mercedes announced that Lewis Hamilton's car will be fitted with a new internal combustion engine for this weekend. The British driver will receive a 5 grid penalty using a 5 ICE.

After 10 minutes Red Bull Racing driver Max Verstappen was fastest on a set of medium tyres. It took the championship leader 1:10.189 min to drive around Interlagos. His teammate Sergio Perez was second (on softs) and Mercedes driver Lewis Hamilton was third.

After 15 minutes Mercedes driver Valtteri Bottas told his team on the radio he was seeing drops of rain on his visor.

Halfway the first practice Verstappen and Perez still were leading the pack, while both Ferrari drivers were speeding up on the mediums and Carlos Sainz moved up to P3, while Charles Leclerc even was quicker than Perez and moved up from P13 to P2 by being only 0.005s slower than Verstappen.

With 25 minutes to go Verstappen was also tried out a set of softs and improved to 1:09.417 min. Perez did the same and only was 0.075s slower than his teammate. Best of the rest was still Leclerc on 0.777s. Fernando Alonso now was 4th in the Alpine on 0.784s on a set of mediums.

With 15 minutes to go Hamilton also switched to the soft tyres, while the sun was coming out again. He was 0.351s slower than Verstappen and 0.1s faster than Bottas on softs.

Last time back in 2019 Alexander Albon was quickest in FP1. The Red Bull driver then clocked a 1:16.142 min on intermediate tyres. 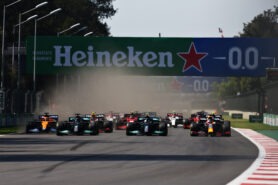 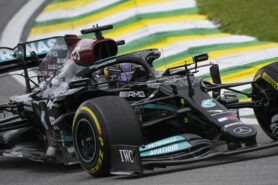