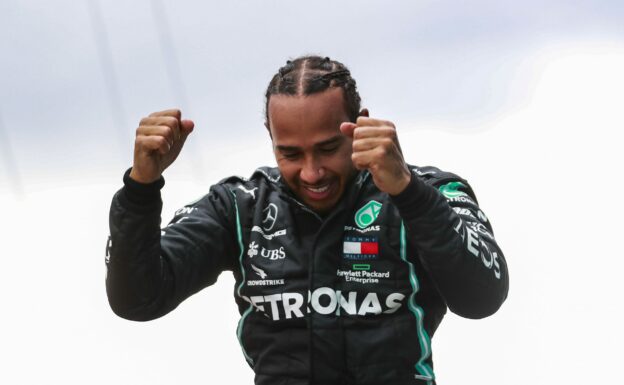 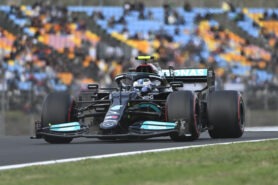 Lewis Hamilton qualified as quickest for the 102nd time, but won't score an official F1 pole position for tomorrow's Turkish Grand Prix. The Mercedes driver will start from P11, due to the 10 places grid penalty for using a 4th engine. Instead his teammate Valtteri Bottas will start from pole. It was the 131st pole for the Mercedes F1 team.

Q1
At the start of qualifying the track was dry enough for dry weather slick tyres. Already 10 cars were waiting at the end of the pitlane to go out as soon the light turned green. The rain would enter the track at turn 12 in three minutes after the start of the session.

All drivers had a hard time to get around the slippery track to keep the car on the circuit. Hamilton went wide in his first lap a couple a times, while Verstappen even pun at turn 1.

Later on Max Verstappen improved a lot and drove the quickest lap until then with a 1:26.692, Hamilton also put in a better lap and even was quicker than Verstappen by 0,1s. The track improved each lap and with 10 minutes to go Valtteri Bottas was even faster in the Mercedes with a 1:25.913 min. Lando Norris was 3rd on only 0.01s. Verstappen was 3rd.

Both Williams drivers George Russell and Nicholas Latifi were doing a great being 7th and 9th in the Williams. The rain started to drop with 8 minutes to go.

With 5 minutes to go Hamilton was only 10th, one second behind Gasly who now was fastest with a 1:25.486 min. The British driver pushed the Mercedes as hard he could and ended up on top being 0.4s quicker than Gasly.

In the end the track improved a lot. Tsunoda and Stroll improved enough to get out of the drop zone. Latifi and McLaren driver Daniel Ricciardo were the victims. Verstappen got very close behind Hamilton on P1 and only was 0.007s slower. Mick Schumacher got into Q2 for the second time this season with the Haas.

Q2
Because the track had dried out at the start of Q2 a lot of cars went out on medium tyres. Only Tsunoda, Schumacher, Sainz and Russell were driving on soft tyres. Both Mercedes drivers showed their superior speed at dry conditions as Hamilton and Bottas topped the timesheet almost the whole session.

Five minutes before the end Charles Leclerc (Ferrari), Russell, Sebastian Vettel (Aston Martin), Schumacher and Sainz were in the drop zone. In the end only Leclerc improved to get into Q3.

Hamilton got out quite early for his second stint to try and score P1 on an empty track and was faster than Bottas by 0.2s to record a time of 1:22.868. With one minute to go Verstappen started his last lap but wasn't quick enough to get pole. 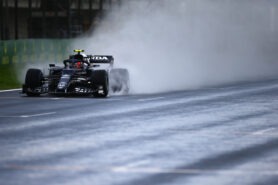 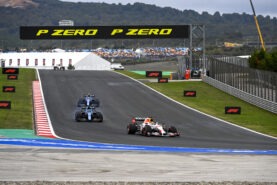