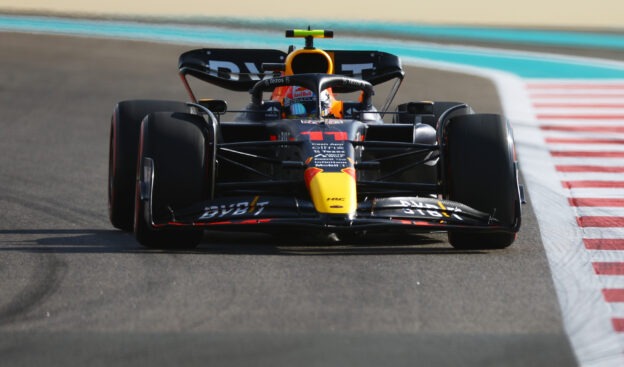 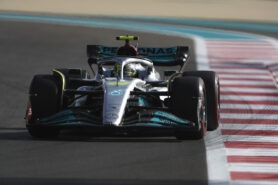 Perfect weather conditions again during the third and final practice before qualifying for the 2022 Abu Dhabi F1 Grand Prix.

It took almost 7 minutes before the first clocked lap time was put on the timesheet. It was a 1:27.821 min set by Ferrari driver Carlos Sainz on a set of Medium compound Pirelli tyres. A few minutes later his teammate Charles Leclerc went 0.3s faster. At that moment only three drivers had clocked a lap time.

With 45 minutes to go still only 7 drivers had put a lap time on the leaderboard. Both Mercedes drivers were quickest with Lewis Hamilton on P1 recorded a 1:26.040 min using a set of Soft compound tyres.

Halfway the session got red flagged when Pierre Gasly's AlphaTauri had lost debris when his right front tyre blew up. The tyre blew up as it touched the curbstones coming out of turn 9. The red flag period was used to clean up the debris.

After the red flag period had ended Verstappen came out on a set of Soft compound tyres and went second fastest, being 0.15s slower than his teammate Pérez who set his lap time on the Mediums.

With ten minutes to go Pérez also had put on a set of Soft tyres to push for a quali lap and improved to a 1:24.982 min being the quickest. A few minutes later Verstappen also tried to improve but made a few errors on his lap and came short 0.15s again.

The quickest lap time of last years FP3 was a 1:23.274 min driven by Lewis Hamilton with the Mercedes W13. 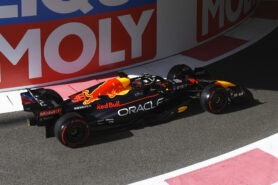 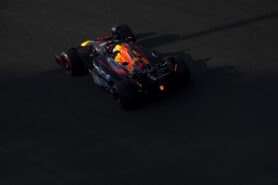