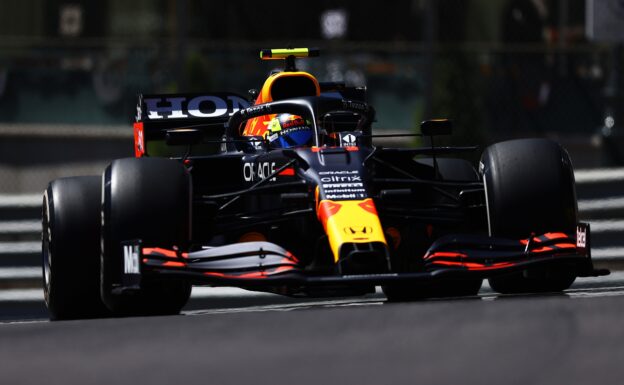 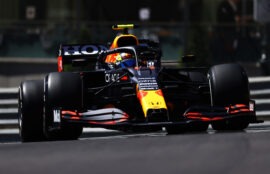 First free practice for the upcoming Monaco Grand Prix was driven under near perfect weather circumstances with  a light breeze and clear blue skies.

After 15 minutes Ferrari driver Carlos Sainz was quickest with a 1:13.388 min on medium tyres. Max Verstappen was 2nd with the Red Bull on more than 1 second but on the hard tyres. Lewis Hamilton was 3rd in the Mercedes also on the hardest compound. Sebastian Vettel was surprisingly quick by driving the 4th fastest lap time in the Aston Martin and medium tyres.

For Charles Leclerc this FP1 was cut very short as he had to drive back to the pits with a gearbox problem. The Monegasque only could drive four laps around his home town in the Ferrari.

With 36 minutes to go Fernando Alonso had a harsh moment. The Spanish driver lost control of the Alpine in the last corner and hit the barrier with his front wing. He was able to go on but lost some debris. A virtual safety car was the result. Later on he out-braked himself and had to use the escape road at Saint Devote. Alfa Romeo driver Kimi Raikkonen made the same error and did the same route as the Spanish driver.

Halfway the session Lewis Hamilton was quickest in the Mercedes with medium tyres. His time was 1:12.995 min. The British driver was followed by his teammate Valtteri Bottas on 0.136s. At that moment Verstappen was 3rd on 0.196. The top 3 all clocked those times on medium tyres. This time Pierre Gasly was 4th in the AlphaTauri on soft tyres, later on he even improved to P1 with 1:12.929 min.

With 15 minutes to go Max Verstappen took over P1 on medium tyres. The Dutchman did a lap around Monaco in 1:12.648 min. His teammate Sergio Perez was 2nd on 0.169s but had to use the quicker soft tyres to do it. Later on he aced that time to go fastest. 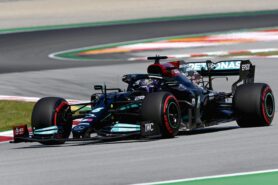 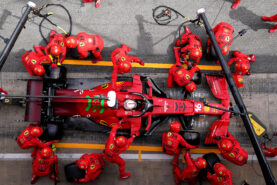