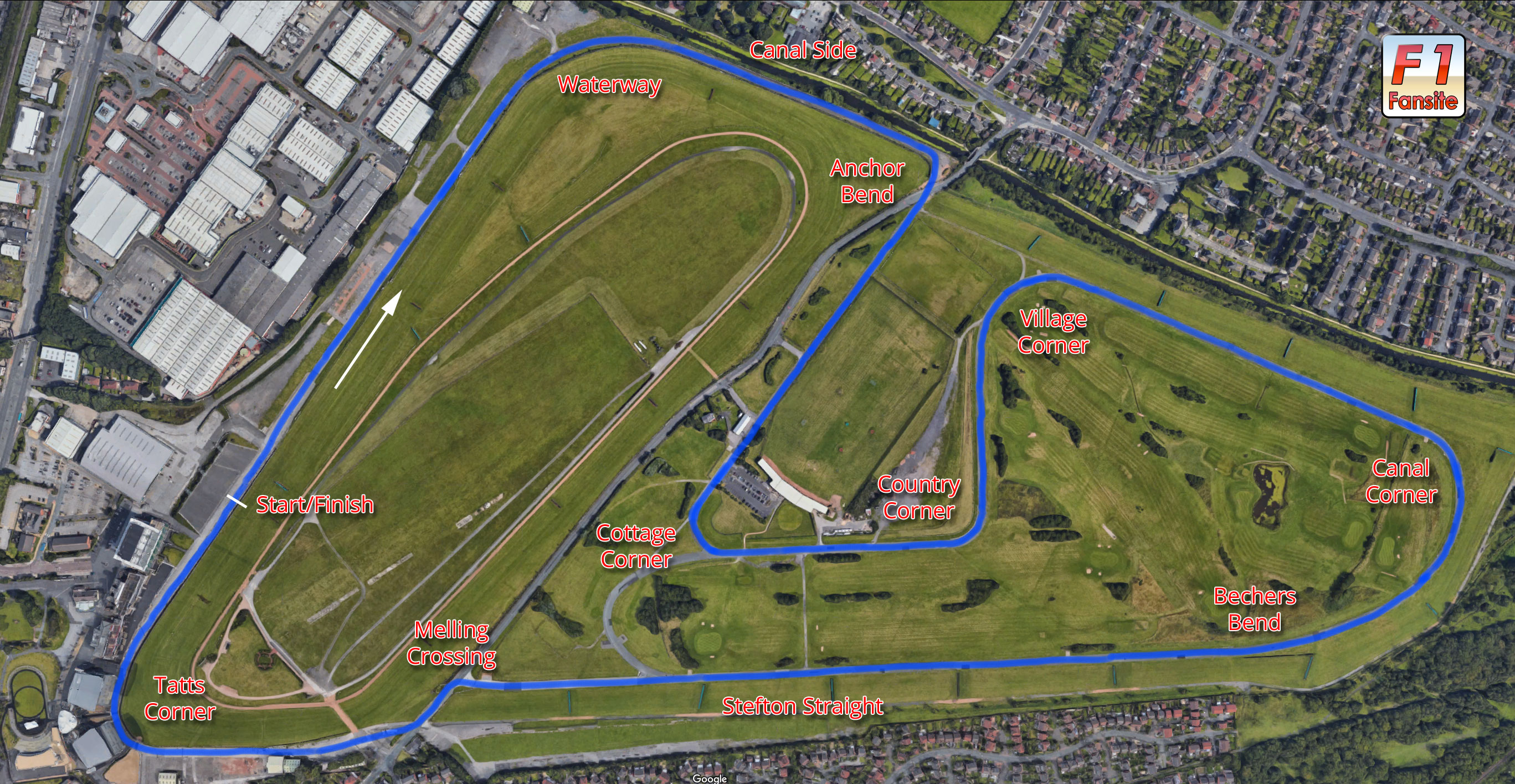 Liverpool briefly reverberated to the sounds of racing cars as well as horses' hooves at the home of the Grand National, Aintree.

Struggling to make the National Hunt course pay its way with just a few meetings a year, Aintree owner Mirabel Topham hit upon the idea of building a Grand Prix course after a visit to Goodwood.

At a cost of £100,000, the largely flat circuit measured exactly three miles and was built in just three months, opening in May 1954.

Initially operating anti-clockwise, by the start of the 1955 season the circuit direction was reversed. Aintree was awarded the British Grand Prix that year, Stirling Moss making history by being the first British driver to win his home race.

Aintree also witnessed history when it hosted the 1957 Grand Prix, with Moss and Tony Brooks winning for Vanwall - the first such success by British drivers in a British car.

Further Grands Prix were held in 1959, '61 and '62, with the circuit ever popular with spectators because it shared grandstands with the horse racing track, giving unrivalled views of the whole course.

However, Mrs Topham announced that Aintree was to be sold off for redevelopment and the Grand Prix circus never came back. The racecourse was never in built upon, but the ownership became a long-drawn out sage until the Jockey Club took control.

A shorter club circuit was created by linking Railway Straight and Cottage Corner with a hairpin, and this was used for races until July 1982. In a club meeting five cars went off course, apparently damaging fences on the horse track, and the Jockey Club called an immediate halt to racing.

Both circuits still survive today, however. The club course now hosts the occasional sprint meeting while the Grand prix course still finds action once a year - by the TV car at the Grand National!