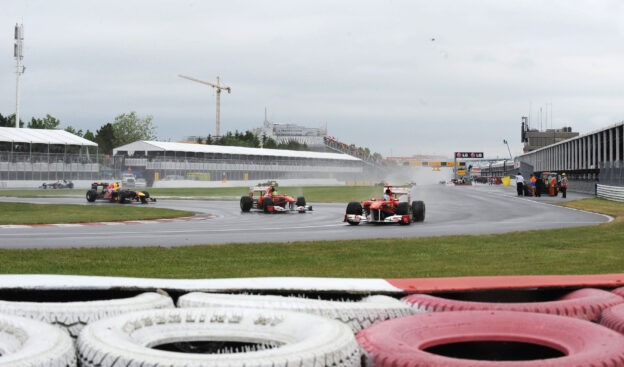 This one is broad, but we will give it a try. As Formula 1 fans, we would like to update this article whenever a new Grand Prix is celebrated, however, that's just not realistic. Still, even though there are many races which we haven't seen footage of and considering that many people like different aspects of racing, we will tell you the race that we think was the best ever.

At least, we will give you the most unique race in its own way. But before we start, we'd like you to get involved in the 2022 Formula 1 season and test your luck with some F1 betting on betting.net. As of now, Max Verstappen and Charles Leclerc are expected to fight again for the win at the 2022 Australian GP. Also, if you are confident in Mercedes correcting their season, Sir Lewis Hamilton's championship odds at 10/1 could look interesting for you.

Anyway, let us talk about arguably the greatest F1 race ever, or at least the one that many people who witnessed it might not be able to fully grasp what occurred yet.

The 2011 Canadian Grand Prix might be the craziest, ever-changing Grand Prix ever. That's arguable, as there have been other crazy events. However, in recent years, that race might be the greatest in terms of racing, dramatic turns, and more.

Start of the best F1 race ever 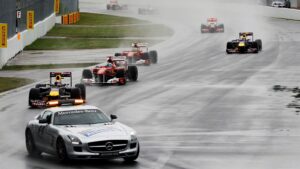 The event took place at the Circuit Gilles Villeneuve in Montreal, Canada, on 12 June 2011 and saw Jenson Button (McLaren), Sebastian Vettel (Red Bull) and Mark Webber (Red Bull) on the podium. For those who only see the end results in order to create an opinion about the race being 'entertaining' or not, this podium would've been rare in 2011. However, the race was far from straightforward.

Starting with a wet track, the then Race Director Charlie Whiting elected to start the Grand Prix behind the Safety Car.

After five laps, the real racing started and we saw some collisions that were relevant to the end of the race, as Mark Webber and Hamilton collided while fighting for fourth place and lost several places, and then the McLaren pair of Button and Hamilton crashed in the main straight, putting Hamilton out of the race. 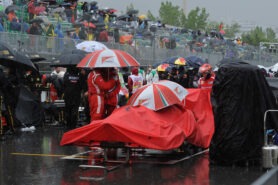 On Lap 26, the race was stopped through a red flag due to heavy rain on the circuit and visibility being an issue. The Grand Prix was interrupted for more than two hours until it was finally restarted!

Then championship leader (and eventual champion) Vettel was leading the race comfortably, while mayhem took place behind him. Eventual race winner Button had another collision with a fellow World Champion, this time with Ferrari's Fernando Alonso on Lap 37. The Spaniard had to retire, while the British driver continued, albeit in last place on the track.

At that point, Button had also served a Drive Through penalty earlier in the race and didn't look like a potential candidate to win the Grand Prix. After recovering to ninth place, pit stops for slick tyres started, and Button was able to jump to fourth place after his tyre change. Nick Heidfeld (driving for Renault) crashed into the back of Kamui Kobayashi's Sauber on Lap 56, forcing him to retire and bringing out another Safety Car.

The race resumed with 10 laps left while Vettel continued to lead, ahead of Michael Schumacher's Mercedes (who was hoping for his first podium since returning to the series), his teammate Mark Webber and Button's MP4/26.

While the seven-time champion and Red Bull's Australian were fighting for second place, Button emerged as a candidate and managed to overtake the pair, while Webber also managed to pass Schumacher for third.

Latest stages of the race 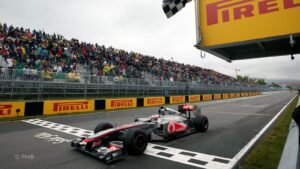 Button was catching Vettel in the late stages of the race, with the gap sitting around 1.3 seconds with three laps led. Paul Di Resta retired on Lap 69, but it only caused a yellow flag that did not interfere with the racing at the front. Vettel led by six tenths right at the start of the final lap, and had a lead of nine-tenths at the first corner. However, the German ran wide after hitting a wet patch at Turn 6 and lost the lead in the final lap.

Button held on to the lead to take the 10th Grand Prix win of his career, his third for McLaren and the first of his 2011 season. Button repeated the feat of winning a wet-to-dry race later that year at Hungary, the same track where he took his maiden win in 2006 (with Honda) and proving that he is one of the greatest drivers ever in changing conditions on a Sunday.

The win was the 171st of the 183 McLaren has in its history, while being the 84th win for a Mercedes engine in the pinnacle of motorsport's history.

The grid had 23 cars, while Alguersuari started the race from the pit lane. Out of the 24 cars that started the Grand Prix, seven had to retire. Button won the race from seventh place on the grid, his lowest starting position in a win since his maiden win in the 2006 Hungarian Grand Prix.

That race had it all, great moments of racing, rain, a wet track, a dry track, and racing until the final lap for the victory. From the start to the flag, including the time the race was stopped, the 2011 Canadian Grand Prix is the longest race ever, with a time of four hours, four minutes, and 39 seconds.

Moreover, the 2011 Canadian Grand Prix still has the record for most appearances by the Safety Car, with six.

In your opinion, what was the greatest Formula 1 ever? Tell us why in the comments. 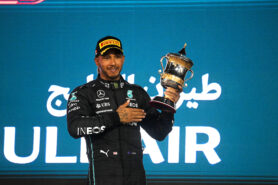 How close is ambitious Hamilton now to F1 retirement? 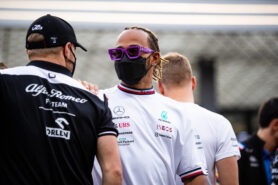