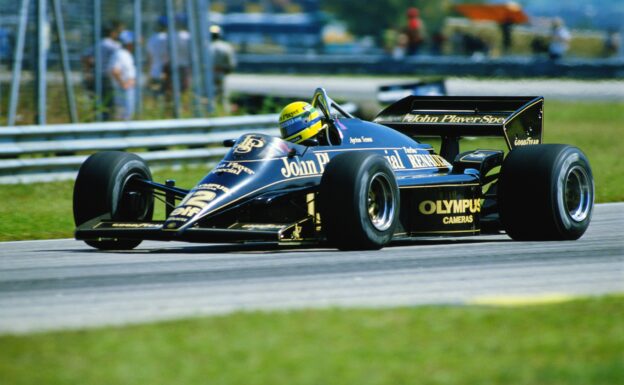 At this time of year, it's good to kick back and watch some great TV and films including offerings from F1 and beyond.

Here is a quick chronological guide to what is on offer:

Starting with the 1972 documentary Weekend of a Champion which follows the life and career of Sir Jackie Stewart.

In 2010 we got the riveting documentary Senna which follows his life from 1984 to his death ten years later.

Life on the Limit in 2013 was narrated by F1 fan and actor Michael Fassbender, focusing on the inherent dangers throughout the ‘golden age’ of F1 with appearances from Mario Andretti, Lewis Hamilton, and Niki Lauda.

2016 also saw McLaren the story behind motorsports team McLaren and the man that led them to greatness.

Ferrari: Race to Immortality the 2017 Documentary is about the iconic Italian team's rise to prominence during the 1950s, one of Formula One's most deadly periods.

Netflix’s 2019 fly on the wall documentary series Drive to Survive filmed drivers, managers, and teams throughout a F1 season has been a hit with F1 fans around the world. Series two followed with a third series filmed during the 2020 season due to be released in 2021.

On the film front, you can go back to 1966 for Grand Prix the fictional story following four drivers through the 1966 season. The film includes real-life racing footage and cameo appearances by drivers including Phil Hill, Graham Hill, Juan Manuel Fangio, Jim Clark Jochen Rindt, and Jack Brabham.

Sylvester Stallone tried his hand in the 2001 film Driven which follows a young driver's quest to win the Champ Car series. Stallone abandoned his attempt to make the film about F1 due to the secretive nature of the teams and opposition from Bernie Ecclestone.

Then we had the brilliant 2013 docufilm Rush which followed the rivalry between James Hunt and Niki Lauda during the 1976 F1 season with the outstanding casting of both Chris Hemsworth and Daniel Brühl.

Recently we have Ford v Ferrari (titled Le Mans 66 in some European countries) the 2019 film starring Matt Damon and Christian Bale follows the story of Ford's attempt to build a car capable of beating Ferrari at Le Mans.

New releases coming soon are the docudrama Ferrari based on the Brock Yates book 'Enzo Ferrari – The Man and the Machine' and takes place in the summer of 1957.

The film will be directed by Michael Mann and Enzo Ferrari will be played by Australian actor Hugh Jackman he of X-Men fame.

On a footnote: La Gazzetta Dello Sport is reporting that next season the Aston Martin team will have a special livery in Bahrain or China to promote the new James Bond film 'No Time to Die'. 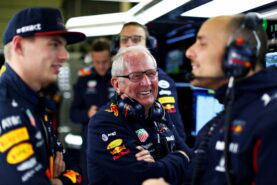 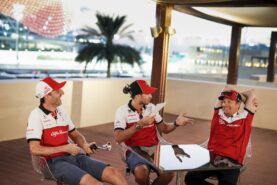