What is so special and good about Formula 1 nowadays? 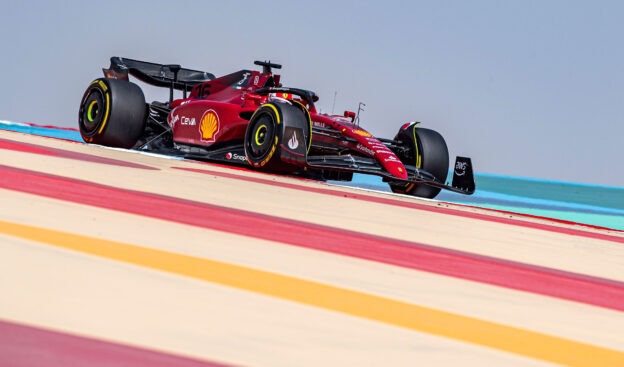 After seeing the magical events that occurred in the UEFA Champions League and having yet another example of how unpredictable and special football can be, you can only wonder, as a die-hard Formula 1 fan, what does Formula 1 gives us motor racing fans on an almost weekly basis that we are so thrilled by. And I'm talking about Formula 1 in its purest form, both on the track and at the team's facilities, often away from politics and the controversies generated in certain offices.

Why is Formula 1 so special? We might ask ourselves, and there are several concepts that could give us that answer, and we will take a look at some of those right here. To start, Formula 1 is the pinnacle of motorsport. For die-hard fans and those who love racing, there is nothing like watching the fastest cars in the world competing side to side and looking for every inch of the tarmac to produce a difference that will ultimately give you success over the rest. That's the purest form of Formula 1, wheel-to-wheel, inch-to-inch, tenth-to-tenth racing.

The pinnacle of motorsport

Other single-seater series might provide lots of entertainment and extraordinary footage and memories as well, but Formula 1 is clearly ahead of them. Another reason why Formula 1 racing is highly special comes from the technical side. As thrilling and fast to the eye the on-track action is, the work behind the scenes is just as ruthless and exciting.

Formula 1 is not only about each team developing their car to the extreme to gain advantages on the track, it is also a place where lots of new technologies and eye-opening innovations are found for the rest of the world to see on a daily basis. The pinnacle of motorsport definitely helps the outside world in terms of technological development, development of materials and sustainability. 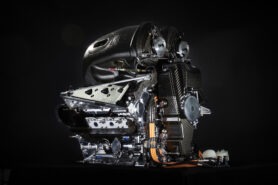 The official Formula 1 website makes an interesting comparison to explain why the current engine formula, the V6 turbo-hybrid power unit, is clearly ahead of the previous engine model, the naturally-aspirated V8s, and why it is also important outside of the sport. The facts of the comparison reveal what the F1 website calls the "most efficient engine on the planet", as the current V6 power units work better, faster and with more efficiency.

This information is from 2019, but it is quite telling of how efficient the current formula is. That same piece on Formula1.com, written by Staff Writer Samarth Kanal, shows how much the thermal efficiency issue has evolved since the introduction of the new power units in 2014. It states that the V8s had a thermal efficiency of 29%, while current engines are over 50%, after starting off around 40% back in 2014. 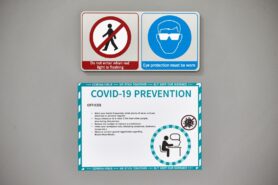 The engine formula has obviously migrated to the real-life world, as there are machines out there being propelled by engines running under the same technology. Public transport, infrastructure derived from Formula 1 technologies, and life-saving devices, such as the breathing aid developed by Mercedes (along with University College London and the UCL hospital) during the roughest hours of the COVID-19 pandemic, have been created in Formula 1 grounds and have helped the 'outside' world.

That breathing aid for COVID-19 patients came under the works of 'Project Pitlane', a campaign driven by the teams based on the United Kingdom: Alpine (previously Renault), Aston Martin (previously Racing Point), Haas, McLaren, Mercedes, Red Bull, and Williams.

"The seven teams’ combined efforts, termed ‘Project Pitlane’, are part of a UK industry-wide effort to manufacture and deliver respiratory devices to support the national need," according to the Formula 1 website. 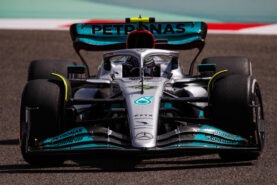 Beyond all the technological innovations, the unique development of materials to make them work at their best, the constant analysis of the performance of every moving part throughout the paddock, and many other incredible aspects of the 'other' side of Formula 1, the sporting side is what makes it the pinnacle of motorsport and puts it alongside some of the biggest sporting events in the world.

We're coming off a big sporting controversy in the final race of last year and might be in front of another controversy regarding rules after the rest of the grid saw the new Mercedes W13 on track at the Bahrain tests.

Still, Formula 1, hopefully, remains a sport in its purest form. Apart from that, it might be described as the ultimate collective sport due to the importance of strategy teams, pit-stop crew and many more, but F1 more than often will become an individual event, with outcomes constantly being produced through an individual's 'magical' ability to produce and on-track move or simply the right strategic choice made by a perdon, or, on the other end, even a botched pit-stop.

While it can be the biggest collective sport on the planet, given how big a team can be (Mercedes has over 950 employees at the Brackley factory), the sport is certainly driven by individual names. Although many will agree that there's one iconic team that no other will beat in terms of popularity (the Scuderia Ferrari), the face of the sport has usually been the most iconic driver of every era. 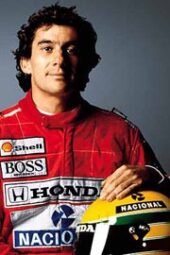 Some casual fans might know who Ayrton Senna was, but could still ignore that he won three titles and 35 races with McLaren, and the same could happen with other legendary names in the history of the sport.

As Formula 1 is such a wide machine that has many parts that are involved in a single event, it is obviously naive to think only the drivers are important, as we've seen that engineers, aerodynamicists, and many other personalities from different areas of work have gotten their fair share of attention (praise or criticism), and have carved out a name for their work. Even Team Principals, from the past and current, have enjoyed recognition for their work and have even gained popularity among fans.

Formula 1 is a special sport. After such a long piece, the reasons why it is so special might even be hard to explain, but that's also part of why it is so special, it could be a different reason to anyone, and it might help in making it more diverse in the future as well.

“In racing, there are always things you can learn, every single day. There is always space for improvement, and I think that applies to everything in life.” –  Lewis Hamilton

One F1 fan comment on “What is so special and good about Formula 1 nowadays?” 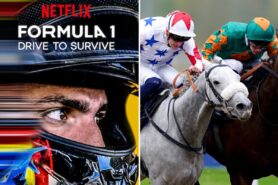 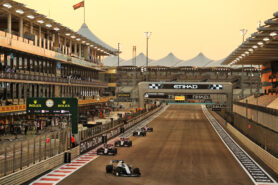