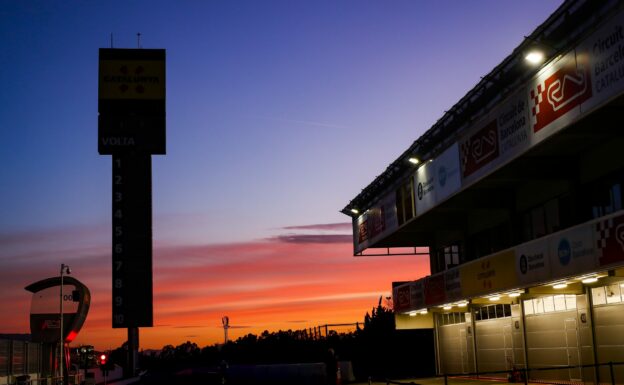 So ... this is where we are. Not a lot of point talking about normal Formula 1, because there is no Formula 1. Heck, there's no normal life right now - nothing like it. So let's see what we can talk about in a Formula 1 opinion column.

What we have is a world that, until mere weeks ago, was multi-dimensional and fascinating and infuriating and fun and terrifying and interesting and fulfilling. In other words, it was free.

Now, it is just one thing: Covid-19. And it's anything but free.

It may be the understatement of the millennium, but it wasn't always this way. More than two full decades ago, I remember vividly when - as is the customary thing for young adults - my personal life was in an absolute mess. I felt dreadful, confused, lost, sad.

But there was an escape that made me forget it all for just a couple of hours a fortnight. It could be relied upon, like a child relies upon their Mum and their Dad or their blankie:

My escape from the madness. Rain, hail, thunderstorm, shine, crisis, depression, pandemic or famine, the show would always go on. Whatever was happening elsewhere on earth, you could always rely on the parallel universe of Formula 1 to be Formula 1.

Fast-forward to 2020, and Formula 1 is gone. Toilet paper is gone. Dinner at the pub is gone. Children going to school is gone. Freedom is gone. Choice is gone. Everything's gone...

What's left? Fear. Panic. Authoritarian overreach. Blind faith in government. Bipartisan psychosis. Snitching on your neighbour. Police knocking down doors for no reason. Men ripped out of buses. A fine for sitting alone on a park bench, sadly and pathetically and mortally - eating a kebab.

That, of course, hasn't stopped many others from very quickly coming not to their own personal opinion, but to what is being regarded as FACT. Undeniable, scientific, compassionate, necessary and inherently good - FACT:

FACT: Gotta slow the spread.
FACT: #StayHomeForLove
FACT: Disagree, and you're an idiot. In fact, you have blood on your hands.

So, even though I'm just exercising my previously God-given right to have an opinion and speak freely, I suppose I'm going to have to risk dipping my hands into a bucket of blood here and let you know what I really think.

But first, some facts:

I could go on, but the important bit isn't that civilisations of every stripe have been dealing with horrible pandemics and health crises for time immemorial. On none - none - of those occasions did we shut down society, sport, entertainment, business, culture and the economy. We didn't take away just about every civil liberty we apparently are no longer willing to fight or die for, or dishonour those of our ancestors who fought and died to give us those very things. We didn't voluntarily and deliberately imperil the basic pursuit of happiness of an entire generation, and born and unborn generations that will follow us.

So that's the bad news.

The good news is that a few desperate, quiet or silenced civil libertarians like me aside, not everyone is hating and dreading and mourning the end of civilisation as we knew and loved it. Some, it would seem, are doing quite well.

Lando Norris is an obvious one. Now, unlike my 12 year old daughter, I haven't spent hours listening to every one of his girly giggles on Twitch for the past several weeks to know for sure if he's said much at all about missing the real world. But if he hasn't, it's because while zipping around the world driving Formula 1 cars was certainly fun, staying at home in your pyjamas driving Formula 1 cars without having to bother about airports and hotels is kinda fun, too. Maybe even more fun.

And, as an avid racing gamer as well, I have some sympathy for that.

Lando, though, is a slightly different case. While in the real world he was mid-pack, not the major star, and often accused of having a laugh and only being there because he was the lucky son of a very rich father, Norris is most definitely a Senna or a Schumacher or a Hamilton of the online racing world. If you don't believe me, ask your 12-year-old to crank up the Twitch and check out his delighted antics. This is a boy who knows he can make it big in our new, self-isolated, super-safe, pixelated reality of 2020 and beyond.

Nonsense, you say! We will get back to normal, you insist! Lando will have to hang up his headphones and his hair clippers every now and then and get back in a cockpit before long! Right?

Make no mistake, these are uncharted waters. When your authorities sound authoritative, make a careful distinction between authoritative and authoritarian - because they've only got one of those things down pat to date.

Right now, they decree in unison that there shall be no Formula 1. There shall be no gatherings of biological people. There shall be no open borders (oh, how ironic for our formerly gleefully-globalised world!) We must wait for the flattening of a graphical 'curve' to change shape, and then wait even longer for a currently non-existent vaccine, which could take 18 months or more. We have no idea if it will be effective. We have no idea if you will then need a vaccination certificate in your hand or a Star of David on your arm to get on a plane, check into a hotel, swipe into the Formula 1 paddock. Will there even be a Formula 1 paddock to swipe into by the time it is *safe*? Will the sport be so unrecognisable that the purists have turned away and the younger generations prefer to watch Virtual Lando anyway? What if second or third or fourth or fifth or sixth waves of coronavirus infections are orders of magnitude worse than the first? What if we start freaking out about influenza, or car accidents, or conclude that the newly blue skies above heavily industrial areas are Mother Nature's way of telling us that #StayingAtHome is what we should all continue to do indefinitely? What then? What on earth are we going to do? What on earth does life beyond Covid-19 look like? Which of us Formula 1 writers will be writing about something else by then? Which of us will be on the dole, having lost our jobs and our homes and our passions? Which of us will have succumbed to the terror and the poverty and the despair and the hopelessness and the incredible speed of cultural change (they used to call it revolution)?

I hope and, yes, I pray that I will look back on this rant at some point very soon and categorise it the way I have categorised many of my previous rants: very much wide of the mark. It is, of course, possible (because everything seems possible right now) that the headline news jingle cries out on everyone's smartphone five minutes from now and decrees: "Crisis over, everyone! Pick up your old lives and carry on."

But I don't think so. Right now, I am extraordinary worried, not just about Formula 1, but about life (and death) in the modern world in 2020 and beyond. Everything is changing, everything has already changed, and nothing will ever be the same.

One thing is for sure - we are all going to find out what happens next. For now, tune into Twitch and pour yourself a gin and tonic (or a glass of water - whichever is still available). There's not a lot else to do. 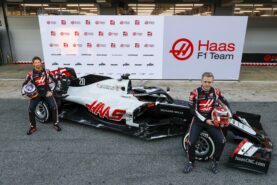 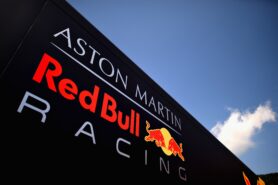