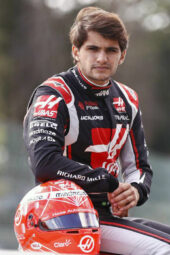 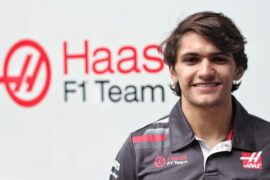 Pietro Fittipaldi, a grandson of two-time FIA Formula One World Champion and double Indy 500 winner Emerson Fittipaldi, rose through America’s karting ranks from 2006-10 before making his debut in stock cars in 2011, where he was crowned champion and ‘Rookie of the Year’ in the NASCAR Whelen All American Series for Limited Late Models.

A move to the Late Models category in 2012 earned another ‘Rookie of the Year’ title for the Brazilian, followed by victory in the Pepsi 200 Fall Brawl, the biggest Late Model race of the year.

Another open-wheel title followed when Fittipaldi won the Formula V8 3.5 Championship in 2017 with six wins, 10 podiums, and a series-record 10 pole positions.

2018 saw Fittipaldi return Stateside to compete in the IndyCar Series with Dale Coyne Racing, his deal commencing with April’s event in Phoenix. His race program was curtailed however after breaking both legs in an accident in May’s World Endurance Championship 6 Hours of Circuit de Spa-Francorchamps.

Fittipaldi returned to his IndyCar commitments at the end of July that season, making five more starts with a best finish of ninth place at the Grand Prix of Portland in September.

On Nov. 09, 2018 in Sao Paulo, Brazil Fittipaldi was confirmed as Haas F1 Team’s official 2019 test driver. He capped his year with a Formula One debut steering the team’s VF-18 at the post-season Pirelli tire test on Nov. 27 at Yas Marina Circuit, Abu Dhabi.

2019 saw Fittipaldi combine a season competing for Audi Sport Team WRT in the Deutsche Tourenwagen Masters (DTM), where he finished 15th overall, with test drives behind the wheel of the Haas VF-19 – participating in tests in Spain, Bahrain and Abu Dhabi, as well as simulator duties throughout the season.

As Pietro was the official reserve driver for the Haas team in 2020, the news got out on 30th of November that he will replace Romain Grosjean to race in for Haas during the Sakhir Grand Prix.

Fittipaldi wants to keep 'one foot in F1'

Dec.15 - Pietro Fittipaldi wants to race in 2021 but "keep one foot in Formula 1" at the same time. The grandson of F1 legend Emerson Fittipaldi contested the last two grands prix..

Dec.7 - Romain Grosjean says skipping the final race in his Formula 1 career this weekend will safeguard his longer-term health. The Frenchman, who watched Sunday's Sakhir GP from..

Guenther Steiner chats to Will Buxton on Pietro Fittipaldi, as he stands in for the injured Romain Grosjean at the Sakhir Grand

Dec.4 - Gunther Steiner has hit back at Haas reserve driver Louis Deletraz, who is upset that he was overlooked to replace Romain Grosjean this weekend in Bahrain. The small..

Dec.2 - Gunther Steiner has hit back at critics of Haas' decision to replace the injured Romain Grosjean with Pietro Fittipaldi this weekend in Bahrain. Although 24-year-old..

Dec.1 - Romain Grosjean is reportedly aiming to return to the cockpit of his Haas car in Abu Dhabi, for what will almost certainly be his last Formula 1 race. After team boss..

Pietro Fittipaldi will remain a reserve driver at Haas in 2020. "If I continue with Haas, I want to have a bigger role," the 23-year-old, who is the grandson of F1 legend Emerson..

Pietro Fittipaldi has admitted Robert Kubica could throw a spanner in the works of his Formula 1 plans for 2020. Last month, we reported the 23-year-old grandson of F1 legend..