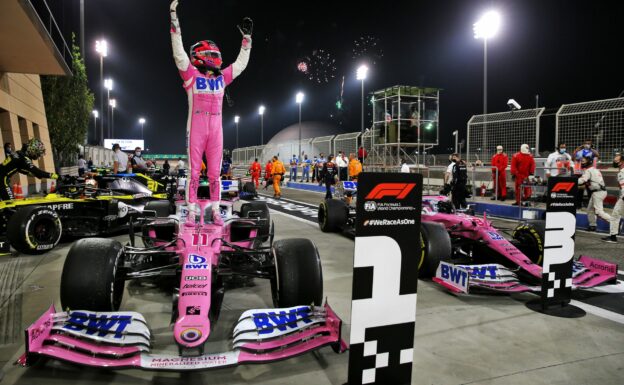 Sergio Perez won his very first F1 race at the 2020 Sakhir F1 GP today. He started from P5 and won the eventful race at the Bahrain Outer Track circuit for the first time. It was of course also his first race win of the 2020 F1 season and the 1st victory for the Racing Pont team and the second Mexican winner since 1970.

The start of the race was clean until turn 4 when Charles Leclerc was a bit to opportunistic to attack P3 and hit Sergio Perez because he braked to late. Max Verstappen had to do an avoiding action to not crash into Perez and go the long way round got on the dirty tarmac and understeered into the barrier and damaged the Red Bull to retire. The hit of Leclerc on Perez also caused him to retire.

George Russell had the lead behind the safety car and in lap 6 the safety car period ended. Russell kept the lead and the guys behind battled for position. Lando Norris who started from P19 was had already won 10 places in the first laps and was driving around on P9 on lap 10.

Carlos Sainz was driving on P3 for the podium behind Valtteri Bottas who was behind race leader Russell.

Norris was the first to go to the pits in lap 21 for a "normal" pits stop. He switched from soft to medium tyres. The Mercedes drivers could make it to a 1 stop strategy because of the early safety car period.

In lap 46 race leader Russell pitted for new hard tyres and returned to the track as 2nd. He immediately told his team he had now power in the first lap of after he pitted. In lap 77 Bottas was passed by 3 cars to go to P8!

One lap later Russell seemed to have a rear left puncture and had to pit. Therefore he lost 13 places and got back on track on P14. Sergio Perez was still leading the race, Ocon was second and Stroll was 3rd. So Racing Point could win their first full podium finish.

Sainz was only 1 sec. behind Stroll in the McLaren and was trying all he could to get onto the podium, but could not pass the Racing Pont before the finish. Perez wins his very first race! 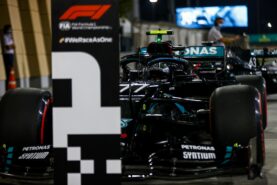 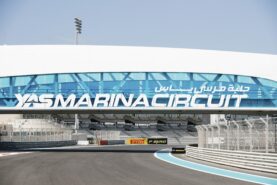