Alfa Romeo Racing ORLEN is the new name for Sauber motorsport with Alfa Romeo and Orlen being the title sponsors. Alfa Romeo entered a technical and commercial partnership with Sauber and Polish oil company Orlen joined the party when Robert Kubica signed as reserve driver for the team.

Sauber was purchased from Swiss businessman Peter Sauber in 2016 by Swiss investment firm Longbow Finance S.A. with Pascal Picci taking over Peter Sauber's role as chairman of the board and president.

The mysterious Longbow Finance has as its president one Raymond J. Baer and Longbow is but one of many boards that Baer sits on.

Bloomberg the financial, software, data, and media company’s profile on Baer paints a very clear picture of a man who is socially and professionally connected to everyone -- and every business -- worth knowing in Switzerland. This person "is connected to 14 board members in three different organizations across four different industries,"

Corporate disclosure regulations are strict in Switzerland, so Longbow is under no obligation to reveal the identity of its shareholders.

Since 2012 Raymond J. Bear has been the Honorary Chairman of the Julius Baer group, who incidentally are global partners to the Formula E series.

In recent years, Julius Baer’s reputation and standing as a bank have taken a hit following a string of corruption and money laundering scandals which led to an unprecedented public censure by the Swiss regulatory authority (FINMA). In February 2016, Julius Baer reached a $547m settlement with the United States Department of Justice to avoid prosecution related to investigations of aiding US citizens in committing tax evasion.

ORLEN has been embroiled in allegations that the Lithuanian government granted controversial concessions to Poland's oil group something Orlen denies.

It is rumoured that Rausing invested in Sauber with the expectation the team’s value would rise in the new era of Liberty Media and then Rausing could sell the team for a substantial profit.

Like everything else Covid-19 has put a stop to that strategy! 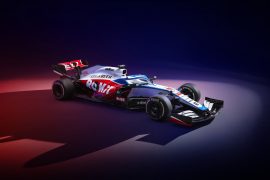 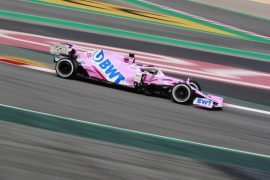