Following a five-month lockdown Formula E returned with six races in nine days at Berlin’s Tempelhor track. So, should Formula 1 be worried about Formula-E?

Well, the short answer is yes and no.

Formula-E was the inspiration of Jean Todt the FIA president and ex Ferrari team principal. In 2011 Todt discussed his idea over dinner with amongst others one Alejandro Agag an ex Spanish politician turned Businessman. Agag persuaded Todt that he would oversee the tender process to organise the series as he was an experienced negotiator.

Well, he was right about that as he negotiated the series for himself and his partner Spanish billionaire Enrique Bañuelos.

To be fair Agag had powerful contacts within motorsport and business demonstrated by his purchase of the football club Queens Park Rangers alongside Bernie Ecclestone and Flavio Briatore (also in the deal was Lakshmi Mittal the Indian steel magnate) in 2007.

In 2014 Formula-E was launched with the remit to rein in team spending, promote competition, and crucially engage with fans. The races were to be held in city-centre locations to attract a younger audience.

After a rocky start in which the series ran into financial trouble after three races, it has blossomed into a fully-fledged racing series gaining world championship status from the 2020–21 season onwards.

Let’s look at the three key areas were Formula-E is a threat to F1.

Firstly, fans – Formula-E has embraced the digital world and the opportunities of social media to attract a younger audience.

The figures are impressive with the sport attracting 49 percent of Facebook followers from the 13-17 and 18-24 age brackets. Their largest demographic is 25-34-year-olds which is frankly for some sponsors a dream come true. Formula-E had 6bn social media impressions in 2017.

Innovations that include “ghost racing”, “fan boost” and “Attack Mode” seemed to have hit the mark with the millennials.

Other factors at play are the avoidance of pay-TV, the unpredictability of the racing, showcasing of green technology, and easily accessible city-centre locations.

So, Formula-E is attracting a younger audience which of course bodes well for the future. 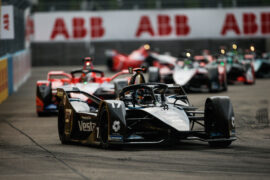 Secondly, the car manufactures are committing to the series at a time when their involvement in F1 is increasingly under review. Mercedes and Porsche have now entered the series to race alongside Audi, BMW, Nissan and Jaguar.

All the car manufacturer's future is in the production of electric vehicles and as Malte Huneke, project leader at Porsche, says the German carmaker is joining for a simple reason, “it needs a proving ground for electric technology.”

Mercedes have entered the fray so that it can “showcase that it is a leader in the emerging technology.”
F1 cannot afford to lose the involvement of the car manufacturers and must be disappointed Porsche who they have been courting for years to join F1 have instead chosen Formula-E.

Thirdly at a time F1 is losing sponsors Formula-E is gaining them often at F1’s expense. Allianz has jumped ship from F1 and now its logos are plastered all over the BMW safety car, how Mercedes must squirm when they see that. Allianz has further committed investing in Formula-E with the purchase of a 3.5% stake.

Other sponsors to jump ship include Moët & Chandon and Hugo Boss with Hugo Boss stating Formula-E was “more innovative and sustainable”. How long will existing sponsors DHL and Heineken continue supporting both series?

Recent sponsors include German electricals group Bosch and Saudi Arabian Airlines.
“We are in line with the movement that is helping preserve the environment, helping to fight climate change, helping to fight city pollution,” Alejandro Agag, chairman of Formula E, told the Financial Times earlier this year. “Those are the kinds of stories that sponsors are attracted to.”

In what will be an increasingly difficult landscape F1 simply cannot afford to lose sponsors and fail to attract new ones. Some positive news for F1 is the signing in June of Liqui Moly in a three-year deal. 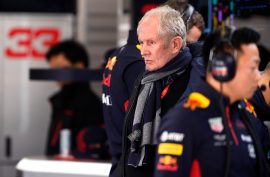 F1 stakeholders have hit back with Red Bull consultant Helmut Marko once dismissing the series as “a marketing excuse from the automotive industry to distract from the diesel scandal”. He also scoffed that Red Bull would not join as they are “racing purists”, making it clear that Formula-E’s rules were not for him

In true Bernie Ecclestone fashion, he famously dismissed Formula-E cars as "lawnmowers."
Ferrari is on record stating, “With all due respect to Formula-E, we think they have a long, long way to go before that becomes a potential substitute for Formula One.”

So, should F1’s owner Liberty Media be worried?

Well with fans, car manufactures, and sponsors slowly migrating to Formula-E then yes, it is a serious concern.

Chase Carey CEO has put a brave face on it saying that he saw Formula-E as a “business to business proposition, as opposed to a sport.” Reading between the lines he was saying it was a way for companies to be involved in environmentalism, but not something for racing fans.

But here is the twist, back in 2014 John Malone the billionaire owner of Liberty Media tried to buy 49% of F1 in a deal which included Discovery Communications.

After being thwarted on F1 he used another one of his companies Liberty Global to purchase 23.9% of yes you guessed it Formula-E with Discovery purchasing 14.4% and between them, they set about transforming Formula-E something Agag himself credits them with.

So, are Liberty Media satisfied with their investment?

Well to answer that after liberty’s eventual successful purchase of F1 in 2016 Agag made his move and offered to buy liberty’s shares in an unexpected $690m bid. Liberty and Discovery decided not to play ball and Agag told racing magazine Autosport “It’s not going to happen, because Liberty and Discovery don't want to sell. We are of course on great terms – I put up the offer, but they clearly took it very seriously and basically got back to me with the message that they’re long-term investors in Formula-E. They believe in the future of the championship and they want us to continue working together and they don’t want to sell.”

Agag commented recently that Formula E and Formula 1 could merge at some time in the future, admitting there might come a time where it might make sense for the two series to combine.

So, there you have it, Liberty Media has a foot in both camps and are quite happy to do so. 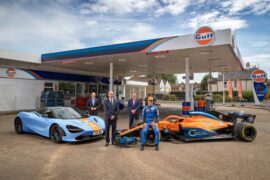 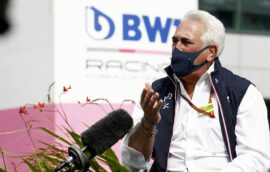