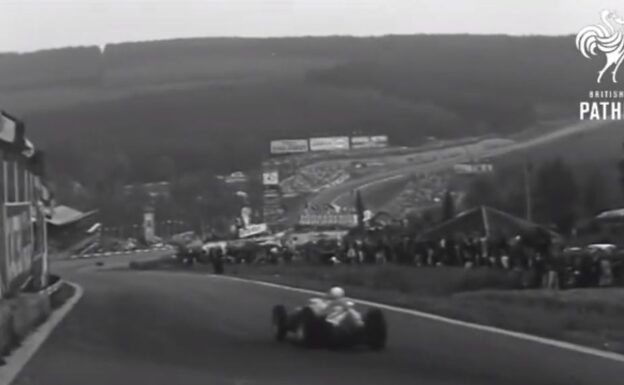 Old footage of the tragic 1960 Belgian Formula 1 Grand Prix on the old and very fast Spa-Francorchamps circuit. Jack Brabham won the race in the Coopper-Climax.

In this race two drivers had a fatal accident, Chris Bristow and Alan Stacey. Bristow and Stacey died in close proximity and within a few minutes of one another. They both crashed at Burnenville.

Bristow who also drove a Cooper-Climax crashed in the Burnenville corner on lap 20, while fighting to stay in front of the Ferrari of Willy Mairesse. Bristow's Cooper hit the bank and rolled over; he was hurled into the barbed wire, which decapitated him and killed him instantly.

Alan Stacey crashed at 120 mph (190 km/h) after being hit in the face by a bird on lap 25, while driving on P6 in his Lotus 18 Climax. Stacey went off the road on the inside of fast, sweeping right hand Burnenville curve (the same corner where Stirling Moss crashed the previous day), climbed a waist-high embankment, penetrated ten feet of thick hedges, and fell into a field. He died within a few minutes of Chris Bristow and within a few hundred feet of his wreck.

the same extended fast right hand bend at which Stirling Moss had been severely injured the previous day. Cars regularly sped through the Burnenville corner at 120 miles per hour. There was a four-foot embankment there and barbed wire in the meadow about ten feet back from the road. 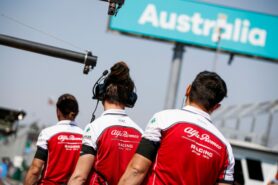 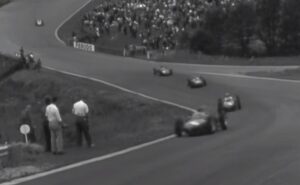