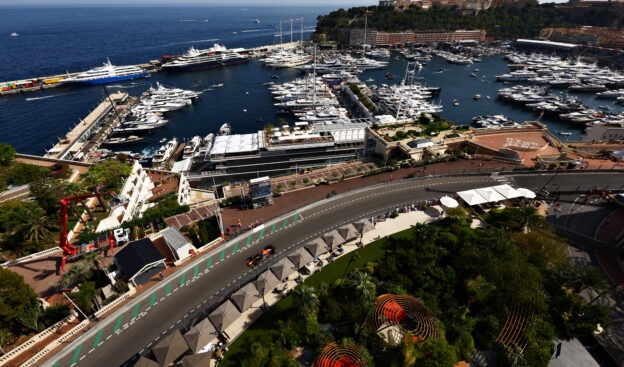 Given the lay out of the track with the lack of straights and some incredibly tight turns, Monaco continues to be a well liked aberration on the annual F1 calendar, providing both incredibly exciting key moments, whilst also remaining procession like with a follow the leader approach, more than the usual overtake the leader approach of other tracks.

Having been clear of the field on the final part of the lap, Charles Leclerc was left with some disappointment as he was denied the chance to finish what should have been one of the greatest Monaco laps in history at the end of qualifying after the red flag was thrown after an accident at Portier.

"I definitely wanted to finish that lap. It was a really, really good lap. Also, the onboard footage is pretty oversteer-y, so it's a nice onboard. It was a great lap until then, but it happens in Monaco, so no frustration."

Although that was one of the headlines from the weekend's action, as was Sergio Pérez taking the points, one major talking point following the Monte Carlo race was whether or not Monaco would remain on the calendar moving into 2023 and whilst some would bemoan such a decision and scoff at the idea, the expectation that Monaco was irreplaceable has definitely changed in more recent times and even though when asked for his thoughts, Leclerc commented that dropping the race 'would be a bad move for both parties', it is believed that F1 are genuinely considering a change.

Owners, Liberty Media, will not comment publicly on the speculation but senior sources have acknowledged the appeal of the race, but admitted there are aspects that F1 have grown tired of.

Some of those aspects are obvious, the tight and twisty nature of the track has long been ill-suited to more modern F1 cars given the speed now at play, but money is also a driver here, but not in the way many would normally expect as per UK leading betting sites.

Monaco has always paid a fee to host an event, and although the 10-12 million euros is one of the lowest on the calendar, that is not a direct issue either, but F1 would like to see changes in other areas of the agreement. 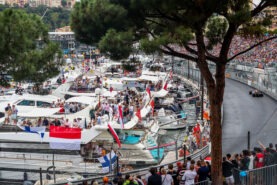 Sergio Pérez  driving the Rull Racing during the F1 Grand Prix of Monaco at Circuit de Monaco on May 29, 2022 in Monte-Carlo (Photo by Peter Fox/Getty Images)

Television coverage for a start. Monaco is a stand alone in not using F1's own TV station, with the local TV company directing the pictures and broadcasting world wide. Some believe this represents a quality and consistency gap, with incidents missed and other unusual choices being made that F1 will no longer accept.

There is also the unique advertising agreement. Others on the calendar have to use F1's in-house advertising, promoting the sport's own corporate sponsors. Monaco, again being unique, make additional local deals, and that is causing issues. This year's race contained another glaring exception on an advertising front, viewers would have seen prominent signage from a luxury watch brand - but it was not the one that pays F1 millions to be the sport's official sponsor.

But there are other issues as well, such as the nature of the track as previously mentioned. It has long been believed that this was something that just had to be accepted, but it seems F1 want changes (however small) here as well to encourage the race...to be more of an actual race that features more opportunity for overtaking.

Whether those small changes be a widened corner here and there, movement and removal of kerbs to make parts of the track a bit wider or rethinking the harbour front chicane but Automobile Club de Monaco are very reluctant to entertain ideas on that front.

Whilst some will undoubtedly believe these issues to be somewhat trivial given the perceived positives of the weekend, it again loops around to the more unique Monaco agreement that many believe gives them too much power and allows questionable choices to be made that give rise to wider frustrations.

With Monaco's future potentially under doubt now, Mercedes F1 team principal Toto Wolff probably summed up the feelings of most fans, when saying.

"I'm biased. I live here, I love it, and what Monaco has to offer is spectacular. F1 is important for Monaco and Monaco is important for F1, but it needs a positive approach from both parties. Monaco has to embrace the new realities of what the sport stands for today, and the impact it has on the world. And at the same time, Monaco will always be respected within F1 as something which is special. No one should take things for granted. If we didn't race in Monaco, it would be a shame from my perspective as a team owner."

Many will hope a sensible compromise can be made here that suits all parties. 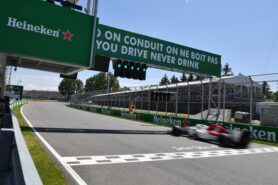 How will this year's Canadian Grand Prix go down? 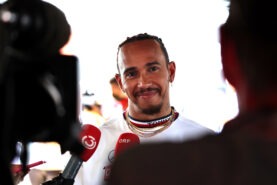