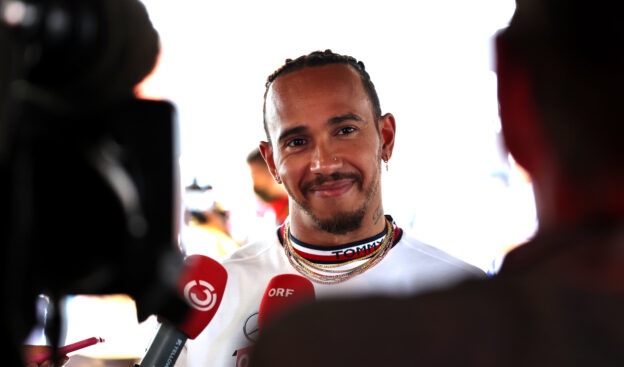 Lewis Hamilton’s incredibly successful F1 career has seen him equal Michael Schumacher with a total of seven wins in the World Driver’s Championships.

However, his attempt to set an outright record was thwarted in the 2021 season. It does not change the fact that when you place an online bet on the winner of the next season Hamilton’s name is right on top of the odds. So, can we expect him to win his crown back in 2022?

To understand Hamilton’s chances of winning the title next season, we need to take a look at what went wrong in the 2021 season. The title went down to the wire, with Max Verstappen of the Red Bull Racing-Honda team winning the Drivers’ Championship for the first time in dramatic fashion.

Verstappen was level on points with Hamilton going into the final race, which was the Abu Dhabi Grand Prix. This race proved to be packed with incidents, with a controversial safety car period leading to the Dutch driver passing Hamilton on the last lap to claim the trophy.

Hamilton’s team initially appealed the result, but once their appeal was denied they decided not to take their claims any further. However, the incident caused F1 to make changes to how they control their races, with a new virtual race control room implemented.

Since the result from Abu Dhabi stood, Verstappen ended the season with 395.5 points, ahead of Hamilton who had racked up a total of 387.5 points.

As the previous season ended with Verstappen and Hamilton so close together, it seems fair to expect something similar in the upcoming season. Both ended well ahead of Valtteri Bottas, Sergio Pérez, and Carlos Sainz in the final standings.

The 2022 FIA Formula One World Championship is the 73rd version of the F1 tournament. It will be run over 21 Grand Prix races around the planet. This season will end sooner is normally the case, to avoid clashing with the FIFA World Cup that’s scheduled for the end of the year.

Things began with the Bahrain Grand Prix, which was held on March 20. Ferrari cars came home in first and second places, with Charles Leclerc winning the event followed by Carlos Sainz in second place. Lewis Hamilton finished third and Max Verstappen was forced to retire with a power unit issue.

Since then, Verstappen has been in impressive form, picking up a total of 125 points to lead Leclerc in the current standings by 9 points after seven races. Hamilton is down in sixth place with just 50 points after a disappointing start to the campaign.

This is Hamilton’s worst start since 2009 and his Mercedes team has fallen well behind Red Bull and Ferrari in the current season. Among the issues causing this rapid decline have been the need to redesign their vehicles to fit the latest F1 rules.

Some reports suggest that the current Mercedes model looked good in wind tunnel testing but that once it hit the track the downforce generated led to an effect known as porpoising. This leads to the car losing downforce and bouncing.

Porpoising has affected all of the teams to some degree but seems to have been especially severe for Mercedes, who are presumably working frantically to try and solve this problem for the remainder of the races this year.

However, that doesn’t explain why Hamilton’s young team-mate George Russell is over 20 points ahead of him in the standings. This was unexpected, but Russell suggested that he may have been helped by the fact that he’s more used to dealing with difficult cars.

At the time of writing, there are still 15 F1 races left in this season so Hamilton still has time to make up the difference. As with the 2021 Championship, the last race is the Abu Dhabi Grand Prix, which will be held on November 20 this time around.

A look at the latest betting odds reveals that Leclerc and Verstappen are the favorites to win the Driver’s Championship in 2022. In fact, Hamilton is down in fourth place behind George Russell, while some sportsbooks have Sergio Perez also ahead of him in the betting.

At 37 years old, Hamilton has been with Mercedes for over two decades and this season is one of the first times that industry experts are genuinely asking whether it’s now time for him to switch teams or even retire.

He could still recover this season, but time is running out. For Lewis Hamilton to have a chance of reclaiming his throne, he needs the Mercedes team to sort out the issues that have plagued them over the last few races. In addition, Hamilton has to find a way to rediscover the form that has made him champion so many times in the past.

At the moment, it’s difficult to see the British driver retain his crown, but it would be a remarkable comeback if he manages to do so. 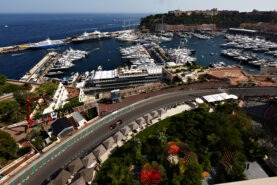 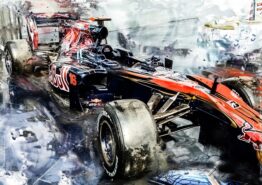