»  F1 Columns  »  Should we really blame Chase Carey for coronavirus?
PREV |
NEXT 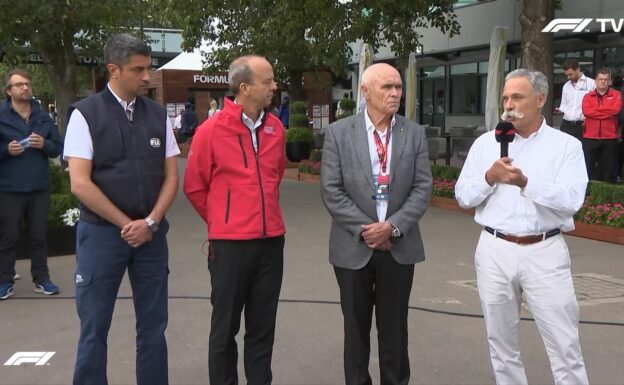 So just the other day, when F1 and the FIA and the Victorian government locked thousands of similarly furious fans outside the Albert Park gates before calling off the whole dog and pony show about 12 hours too late, I may have lost my temper.

To summarise what I said:

And most of that, I still stand by - even though, as I also predicted at the time, I would go on to cop a lot of grief for it at every level. Let's leave it at that.

But I'm not a hypocrite. I've done plenty of stupid things in the past, and when I did, I had to swallow the consequences.

"He that is first in his own cause seemeth just; but his neighbour cometh and searcheth him." In other words, there's always another side to the story.

I know you're pretty much sick (hopefully not literally) of the coronavirus, but let's face it: there isn't a lot else that is happening at the moment - not just in the eerily quiet world of Formula 1, but the entire world as a whole. So while - in Lewis Hamilton's words, not mine - "cash is (undoubtedly) king" at the pinnacle of motorsport, you actually can make a solid argument that the ashen-faced Chase Carey, and his similarly sheepish deputy Ross Brawn, were just trying to get this multi-billion dollar show on the road in extremely difficult, confusing and fast-moving circumstances.

For that, they were condemned by many, including me. Such is life.

Yes, I thought the writing was on the wall LONG before the thousands of travelling staff even got on planes and somehow found their way from Europe to Australia. Even Ferrari beat Australia's total ban on Italian travellers by a single day (what a coincidence), and F1 almost got away with it completely when it was initially reported that the McLaren guy's coronavirus test results would not come through for a full five days.

Again, in Lewis Hamilton's words: "I heard that result's not going to come back for five days or something. Coincidentally."

In the same press conference, the six-time world champion broke ranks with his - shall we say - less courageous colleagues to observe that F1 should definitely not be pressing ahead with the grand prix. The 'five day' test results then very rapidly saw light of day, and the rest is history.

But as the Proverb indicates, it is always a good idea to stand up, walk around the table, and take a look at things from the perspective of those on the other side.

So let's do that:

Back in the day, when the people around me wondered why I was so ridiculously passionate about F1, I told them that one of things I loved about it was that the show must always go on. Rain, hail, shine - that green light is coming on and you can set your watch to it. Smashed cars littered all across the track? The show must go on. Black plague spreading through the paddock amid a raging Australian bushfire? The show must go on.

In the early days of the coronavirus situation, I observed that the almost 90-year-old Bernie Ecclestone might be the man F1 needs to plot a course through the virus-shaped landmines that lay ahead - and who knows? Maybe he is.

But I think it's unquestionable that Bernie would have ordered the teams to Australia, too. The McLaren guy would still have tested positive. McLaren still would have pulled out. Hamilton still would have compared F1's tone-deaf response with other top sports organisations like the NBA and Formula E (and countless others) who were busily cancelling events left right and centre. And Mercedes might still have put a bomb under Ecclestone's plans and triggered the teams' exodus in exactly the same way as it actually went down (although when it comes to Chase or Bernie, I know which one I wouldn't dare mess with).

In short, we may have ended up with a six-car race, a la Indianapolis 2005. And that's not really any better than an eleventh-hour cancellation, is it? Actually, it's a lot worse. But if we'd left it up to Bernie, Helmut Marko and Christian Horner, that's exactly what might have happened. And while I have a lot of sympathy for that position, it definitely wouldn't have been the right thing to do.

Bottom line: F1 was in a pickle, no matter who was in charge.

Let's face it: this coronavirus situation didn't just catch Chase and Ross with their pants down - the whole world is freaked out. In some of the most beautiful places on earth right now, you can't even get a cup of coffee at a cafe or go and catch a movie, let alone watch Formula 1 cars whiz past while you sit like a sardine in a packed grandstand. Schools - just like F1 team factories - the world over may soon all be closed, supermarket shelves are missing staple items like toilet paper, rice and pasta, and my own children are asking me if everything will be ok.

And because I only ever tell them the truth in an age-appropriate way, I have to answer: "I really don't know, sweetheart. But we're all in it together."

So do I really blame Chase and Ross and the Melbourne officials for rolling the dice? Not really. At most, you could certainly argue that as soon as the coronavirus was being coughed all over the McLaren garage, they should obviously have cancelled it there and then. But although thousands of paying fans stood farcically outside the locked gates 12 hours later only to be told they weren't ever getting in, that really was Chase (et al.)'s only whopper of a mistake. Yes, they played a little recklessly with the lives of the paddock dwellers and the wider public, but this is the deadly business of motor racing, after all. They rolled the dice, and all they needed to do was not roll a six. Think about how lucky you feel when you roll a six! But they didn't roll one of those lucky sixes. They rolled the 'heart sinks like a stone' kind of six.

So should we give Chase a break? After all, motor racing organisers organise races - it's really up to the higher authorities to decide if what they're doing should be sanctioned or not. I actually believe Ross Brawn, who is 65, when he says he's never seen anything even remotely like this coronavirus situation in his entire life. He's telling the truth. It caught them out. They made some mistakes. And some were too quick to judge.

But don't panic, everyone. Give your fellow humans a bit of a wide berth. Wash your hands - a lot. Don't buy more toilet paper and rice than you need for the next few weeks. And look after yourselves. That goes for you too, Chase.

7 F1 Fan comments on “Should we really blame Chase Carey for coronavirus?” 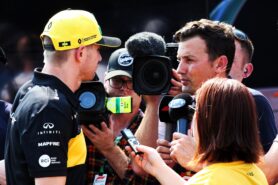 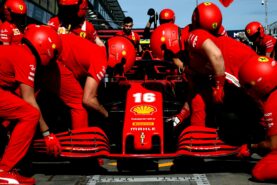