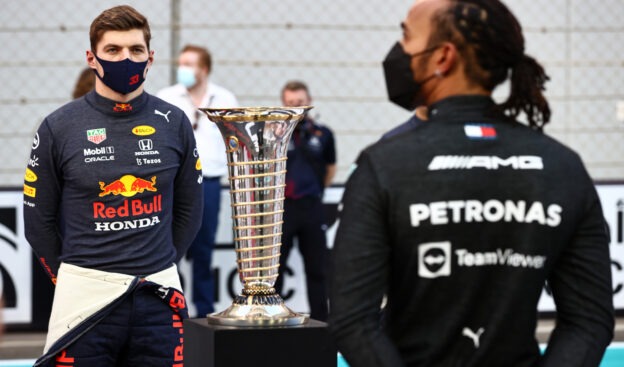 The motorsport world is once again ready to see if Lewis Hamilton can finally etch his name into racing folklore and claim his 8th Formula 1 world title.

With Max Verstappen’s controversial last lap title victory in 2021 still reverberating around the sporting world, attention automatically turns to how the duo will fare in 2022.

Now that Verstappen has broken his duck, he will be the man to beat and how Lewis Hamilton would love to instantly hit back and pick up his record breaking 8th world championship title.

Elsewhere, the emergence of George Russell has been a story all F1 fans have been tracking and in joining Mercedes, he looks to be a genuine candidate to push all the way next season too.

Ferrari and McLaren will also want to have their say next season and with the monotony of Hamilton and Mercedes winning the title seemingly broken, there will be a whole host of contenders for the Formula 1 Drivers Championship in 2022.

Having had the title taken away from him on the final lap of the season, Lewis Hamilton would be forgiven for not being in the best of moods heading into 2022.

Mercedes did win the Constructors title in 2021 however and with some excellent end of season form, Hamilton once again proved that very few can compete with him on his day.

History is on the agenda as he goes in pursuit of his 8th world championship title – a feat that would see him stand alone at the top of the all-time list for titles won and having come so close in 2021, he should have extra determination to get the job done this season at 2.50. 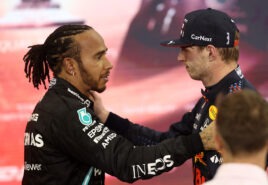 Race winner and 2021 F1 World Drivers Champion Max Verstappen is congratulated by runner up in the race and championship Lewis Hamilton during the F1 Grand Prix of Abu Dhabi at Yas Marina Circuit on December 12, 2021 in Abu Dhabi (Photo by Lars Baron/Getty Images)

As with any sport, winning the first title is often the hardest and having got past Lewis Hamilton of the final lap of the season in 2021, Max Verstappen should be full of confidence heading into 2022.

The Dutchman is still only 24 years old and with his first title now in the bag, he looks to have a long and successful career ahead of him in Formula One and backing up his first title win with a second, will cement his status as a great of the sport.

He will be raring to go in 2022 and his partnership at Red Bull with Sergio Perez is blossoming and if the car is quick once again, he will be a very tough man to stop in the battle for the F1 World Championship at odds 3.2. To boost odds new bettors from England can use this bet365 sign-up code, the betting company will match the bet.

Having made the switch from Williams to Mercedes in the off season, George Russell will be out to prove a point from the offset at Mercedes.

The young Englishman is one of the hottest properties in motorsport and his partnership with Lewis Hamilton is seen as perfect for the Mercedes vision, moving into 2022 and beyond.

A relative lack of front running experience is the only issue Russell could have next season but if things go his way, he should have the car and the skills to compete at the top of the drivers’ standings and he looks a decent outside punt at 7.00.

Ferrari haven’t been at the races for a couple of F1 seasons and they can’t seem to get a car capable of fulfilling Charles Leclerc’s undoubted potential.

However, they have been working on a new design of car for 2022 and should they manage to produce something speedy, Leclerc will be a genuine outsider for the F1 World Championship title at 15.00. 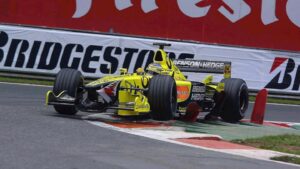 Could There Be Another Irish F1 Team? 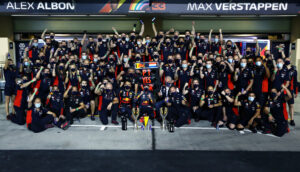