Oct.19 - A former F1 insider says Kevin Magnussen would be a "brilliant" candidate to become Max Verstappen's next teammate at Red Bull.

Dr Helmut Marko has named Nico Hulkenberg and Sergio Perez as the only real contenders should Alex Albon not maintain the performance necessary to stay in 2021.

But Matt Bishop, the former McLaren communications director who now works for the all-female W Series, thinks his former colleague from Denmark should also be in the running.

He told GMM that although Magnussen had an "excellent rookie season" while they worked closely together at McLaren in 2014, he deserved "better opportunities" after that.

"At Renault and Haas, although he's out-driven his teammates, he hasn't had the cars to show the sensational winning form that anyone who watched him blitz World Series by Renault in 2013 knows is there, waiting, still ready to be untapped," said Bishop.

According to reports, Magnussen could already be on the market after driving what Bishop describes as the "off the pace" Haas car in 2020.

"Red Bull's 2021 driver lineup is an interesting one," Bishop told us. "I have absolutely no inside knowledge as to Helmut's and Christian's current thinking, but it's said that they may well be looking to make a change.

"I reckon Max and Kev would be a brilliant lineup for them - two very experienced yet still young, prodigiously fast but tremendously feisty, extremely ambitious and hugely capable lads who would keep each other honest and win races whenever the Merc win-machine faltered for any reason," he said.

However, those worried about a potential Verstappen-Magnussen lineup may wonder if the pair - and their famous fathers - would clash on and off the track.

"Would they always get on well?" Bishop wondered. "Who cares? You want your drivers to ruffle each other's feathers from time to time.

"Oh and the sideshow provided by their ex-F1 driver dads duking it out in the paddock would be fun, too!" 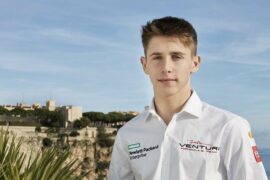 Leclerc's brother not rushing on road to F1 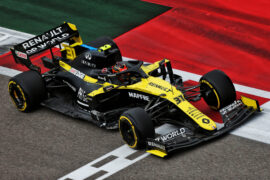