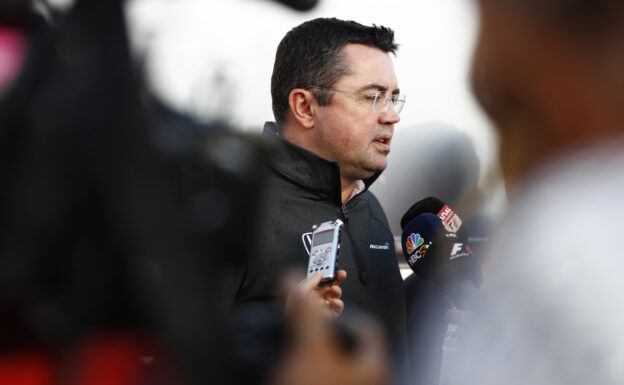 Mar.1 - Eric Boullier says he would not be satisfied if McLaren merely returns to the podium in 2018.

2015-2017 was a Honda-powered nightmare for the British team, but hopes are higher following the switch to customer Renault engines.

However, McLaren has had early troubles in Barcelona testing, and Renault has begun the new year saying reliability rather than performance is the priority.

"They had a difficult end of the year last year, so they had to work on reliability maybe more than Ferrari or Mercedes."

However, the Frenchman said McLaren is "happy" with Renault so far, especially in contrast to the working relationship with Honda.

"We are as prepared as we can be. That is why we are here testing, to try to clarify the last details. We have a couple of things to correct, modify and change, but it's the same for everyone," he added.

As for targeting race wins, however, Boullier said he would "not comment" on whether that's the internal goal.

"It's too early. Look at what we have with the weather here," he said amid the freezing Barcelona snow.

"When we know more about where we are, then we can start to think about who we are going to race against, but of course as we have the same engine, our reference is in some ways Red Bull."

So when asked if a podium or two will make him happy at the end of the year, Boullier answered: "No."

What about a win? "I don't know," he added. "I don't want to give any expectations. We don't know yet, so we wait.

"For sure I want to win. Nothing else. But if you want to win, you always have to give the right expectations that will lead you to build the right goals and not make mistakes.

"So I want to win, we want to win, McLaren needs to win. That's what we are. But first let's see where the others are. Our first goals are to try to fight Red Bull and Renault, and then we'll see." 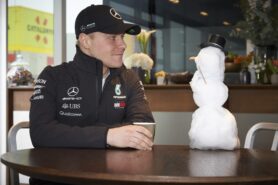