After the younger and less experienced Pierre Gasly and Alex Albon failed to consistently match Max Verstappen, 31-year-old race winner Perez has been drafted into the lineup for 2021.

The Mexican got his first taste of Red Bull's car handling with a shakedown run at Silverstone this week.

"One of the things that caught my attention in the simulator and then the car is the level of grip at the front end - it's very high," Perez told Spanish media.

"I can immediately understand why not all drivers can optimise this car. It is not easy to extract the best from it, but if you do find that window, which is difficult to find, you can be quite fast."

When asked to explain, Perez continued: "It's a car that requires quite a peculiar driving style. Very specific. But it is a super car."

Perez says he has even spoken with his predecessor Albon about the car's handling.

"He drove the previous car and as a driver I quickly understood what he was talking about when I got into the car. It's one of the biggest strengths Red Bull has, but it's also one of the parts that makes it difficult," he said.

Perez said he expects to be fully up to speed in the 2021 car within "about five races".

After that, his quest is for an extension of his current one-year contract.

"Without a doubt, I come to Red Bull with the thought that it will not be a single season. I want to stay for many years and win championships," he said.

Perez is expecting to be able to handle the high pressure of life as Verstappen's Red Bull teammate.

"When things don't go well, the pressure hits you hard," he said. "But when you are experienced, when you have been through it before, it just makes you focus on the right stuff.

"I just think the opportunity comes in a great point of my career and it's going to work out well." 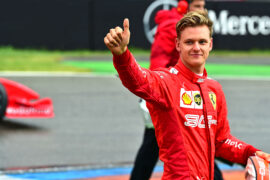 Schumacher criticised for not commenting on current activism 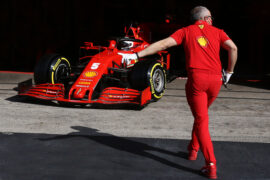