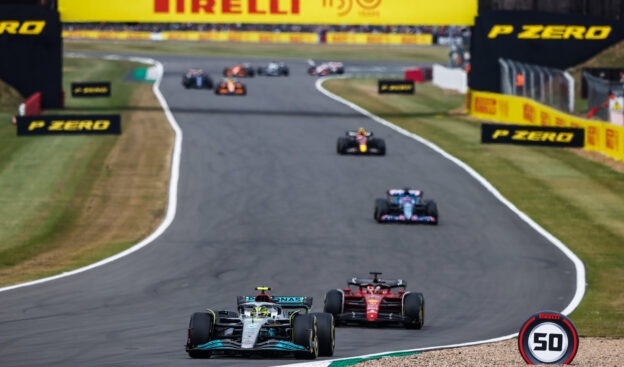 Jul.4 - Top Formula 1 drivers on Sunday defended anti-oil protesters who disrupted the British GP by sitting down on the racing line on lap one of the race at Silverstone.

It may only have been the red flag for the terrifying crash involving Guanyu Zhou and the briefly hospitalised Alex Albon that prevented a tragedy.

"I thought the red flag was for that," said Ferrari race winner Carlos Sainz, "because as soon as I came out of turn five, I saw three guys running towards me."

Ultimately, local police arrested seven protesters, who were dragged from the circuit by brave marshals.

"The matter is now being dealt with by the local authorities," said the FIA.

Chief inspector Tom Thompson, who had warned of the potential of a track invasion ahead of time, said he was "very disappointed" that the protesters "ignored our warnings" to go ahead with their "incredibly dangerous" action.

"People can show their opinion responsibly," F1 CEO Stefano Domenicali said, "but to run onto the track and put drivers, track officials and themselves at risk is incredibly stupid and unforgivable."

The protest group, however, were unperturbed, vowing afterwards to "continue to disrupt sports, cultural events and oil until this demand is met".

"How many more young people have to step up before the government will listen?"

Lewis Hamilton, now widely known for his cultural, social, political and environmental activism, responded when asked about the protesters: "Big up those guys".

"I love that people are fighting for the planet and we need more people like them," the Mercedes driver added.

Red Bull's Sergio Perez added: "It's great to see people fighting for their cause but obviously they shouldn't put themselves or other people at risk.

"But I'm sure that Formula 1 can still do more and we have to keep pushing all together to show a good example."

Spaniard Sainz, meanwhile, said that while he "supports the cause", protesters should "be a bit more careful because you could get killed and generate an accident." 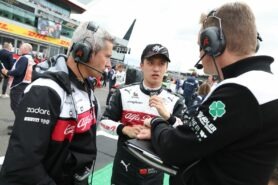 Zhou not worried about next F1 season's deal 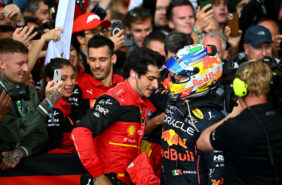