In the build-up to his F1 Alfa FP1 drive on October 9 at the Nurburgring, Mick Schumacher drove a 2018 F1 Ferrari at the Fiorano test track on September 30. This video is based on footage (kindly supplied by Ferrari) of Mick's drive but also includes additional AP Archive video of Michael driving his championship-winning 2004 Ferrari through the streets of Paris that year.

As Mick drove an F2004 for the first time in Bahrain in 2019, he begins this video with a short comparison of the F2004 with the SF71H (as the 2018 car is known). We've left Mick's audio exactly as is in order to give an insight into his charm and sincerity. With two outstanding feature wins in Monza and Russia behind him, Mick currently leads the FIA F2 Series (with two races to go, in Bahrain) by 22pts from Callum Illot (who also drove a 2018 Ferrari at Fiorano on September 30 and who will drive a Haas-Ferrari in FP1 at the Nurburgring.) 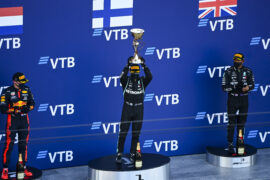 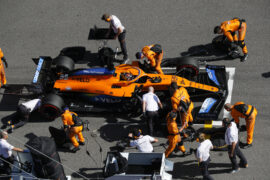