Dec.23 - Toto Wolff says he isn't sure when he will hand over the reins as Mercedes team principal.

The Austrian, who has been in negotiations with Mercedes parent Daimler over his future all year, has now committed to remaining team boss for at least three more years.

"For me, this year was very important," Wolff is quoted by Italy's Autosprint. "The first half, not going to the races gave me a lot of time to think about my future.

"From an equity point of view I never thought about leaving, but I always said that there is a certain deadline as team principal."

As for the top job at Mercedes, Wolff said: "If I had felt that someone could do a better job than me I would have handed over the baton, but that wasn't the case.

"It is not just the racing side but also the political and commercial side, which is why we have decided that I will continue in this role as team principal. It's a position that I like," said the 48-year-old.

"For the future of the team, as well as for our sustainability and growth, I need to look to the future and who will one day take my place as team principal, while I will move to a more corporate role as CEO or executive chairman," Wolff continued.

"When that happens I don't know, but Jim (Ratcliffe), Ola (Kallenius) and myself agree that it is my job to indicate who can take this position in the future.

"Between the three of us there is a total alignment of interests, and we do not want someone to lead the team who is not diligent and successful," Wolff added. 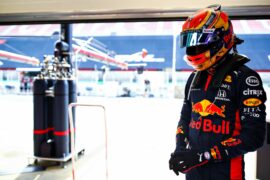 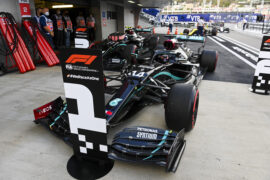