This Thursday is an important day for F1 says Alonso 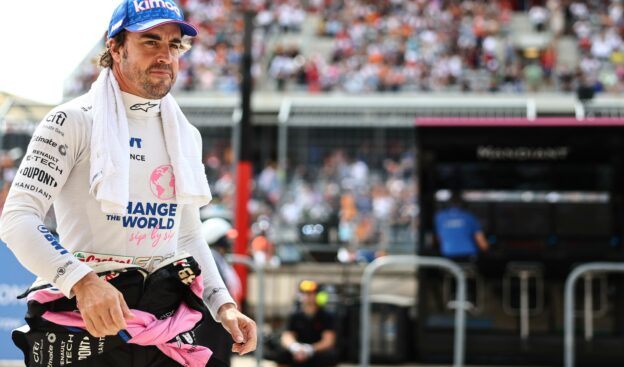 Oct.26 - Thursday will be "an important day" for Formula 1, according to Fernando Alonso.

It will be on that day that the FIA will consider Alpine's protest against the highly controversial penalty that dropped Alonso out of the points after Austin.

The Spaniard was hailed for his recovery drive after a scary crash with his 2023 Aston Martin teammate Lance Stroll. 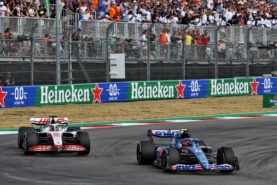 Stroll will move three grid places back in Mexico as a result of the incident, but fellow Canadian Jacques Villeneuve thinks the 23-year-old should actually have been banned.

"He should be suspended for one race," the 1997 world champion told the Dutch publication Formule 1.

"Moving on a straight like that is the most dangerous manoeuvre you possibly can make, and the driver is acting intentionally, not by mistake."

The real controversy, however, is about Alonso's recovery to seventh place after his airborne crash - and the FIA's decision to penalise him long after the chequered flag following a protest lodged by Haas.

Haas has been complaining all year about being penalised for carrying crash damage, with Gunther Steiner insisting that its protest is not aimed at Alpine but rather at the FIA.

"For me, it's about consistency," he said. "The FIA is the regulator and they must be consistent."

The crux of Haas' argument is that Alonso crossed the line with a side mirror missing - a clear rule violation. But the F1 and even wider sporting worlds were not impressed with the FIA's decision.

"We have just seen that our Alonso car at the Rafa Nadal Museum is also missing a rear-view mirror," the official Twitter account of the aforementioned official museum said.

"We hope not to be sanctioned by the FIA."

Former Indycar driver Oriol Servia agreed: "The hypocrisy of the FIA in penalising Fernando six hours after the race is reaching unacceptable levels."

Indeed, even the post-race scrutineering report signed off by Jo Bauer gave Alonso's car the green-light.

The FIA will consider Alpine's protest on Thursday, ahead of the Mexico GP.

"It's one of those rare times in sport that I feel we are all on the same page and share the same opinion towards the rules and regulations," Alonso said on social media.

"Therefore Thursday is an important day for the sport that we love so much, as the decision will dictate if we are going in the right direction for the future." 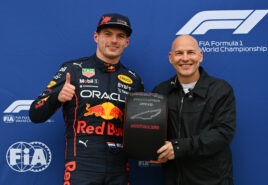 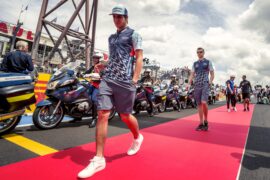