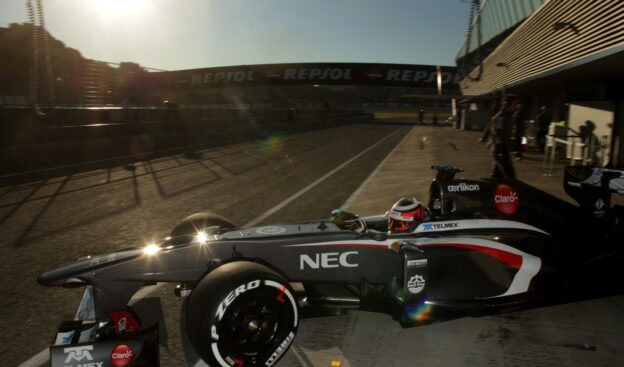 As Nico Hulkenberg sweats on his future, Sauber is not ruling out simply keeping the highly rated German on board in 2014.

Earlier, with the 26-year-old linked with moves to Ferrari, McLaren, Lotus and even a return to Force India, it had emerged Hulkenberg's Sauber contract had been terminated amid Sauber's financial struggles.

But with tall and heavy drivers like Hulkenberg increasingly marginalised by the new 2014 rules, some had begun to wonder if the German would be lost to F1 altogether.

He would be a big loss. He finished Sunday's Korean grand prix a stunning fourth, and was crowned "the man of the race" by Mercedes chairman Niki Lauda.

"If someone is interested in me," he is quoted by Switzerland's 20min.ch, "they surely have been watching me for quite some time, not just one race."

Hulkenberg knows all too well that a single result, no matter how impressive, means little when it comes to signatures on a F1 contract -- in 2010, he was ousted by Williams immediately after securing pole in Brazil.

Increasingly, teams are weighing up a driver's talent together with his purse of sponsors, and Hulkenberg's Dekra deal is not lucrative.

Since his 2013 Sauber deal was formally ended, however, the Swiss team has tied up with a group of Russian investors, and money has reportedly begun to flow.

That could help explain Sauber's impressive performance in Korea, where Lewis Hamilton rued the "incredible traction" as he failed to pass Hulkenberg's car.

Surely, Sauber must be making moves to retain Hulkenberg.

"It's a possibility for us to keep him," team boss Monisha Kaltenborn admitted.

So, after Korea, the race could be on to secure the talented German for 2014. Some sources said Sunday's result had tipped the scales in his favour at Lotus, who have also been considering Felipe Massa fir 2014.

"We have known for a long time, and he showed it again today, that he can drive at the front in a good car," added the Lotus boss.

Hulkenberg is quoted by DPA news agency: "My mobile is on." 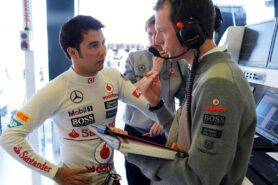 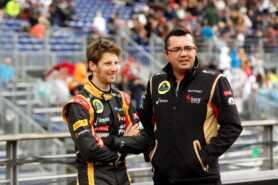